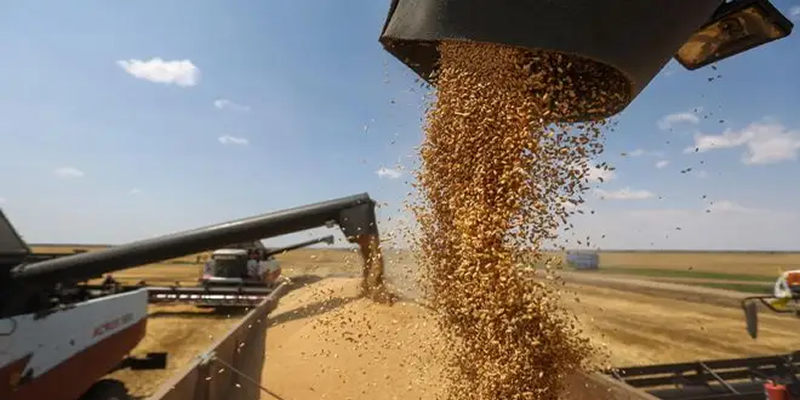 1.7 million tonnes of rapeseed were also harvested by farmers, the UGA said, with a yield of 2.52 tonnes per hectare.

The Ukraine government said this year's harvest of grains and oilseeds may only reach 50 million tonnes.

Due to Russia's invasion of Ukraine and hostilities in some areas, farmers have decreased their sowing area by about 25%. Because of this, grain exports in the 2022–23 season, which runs from July to June, could only reach 30 million tonnes.