More than a tonne of antibiotics allegedly used at salmon farms in southern Tasmania, Australia 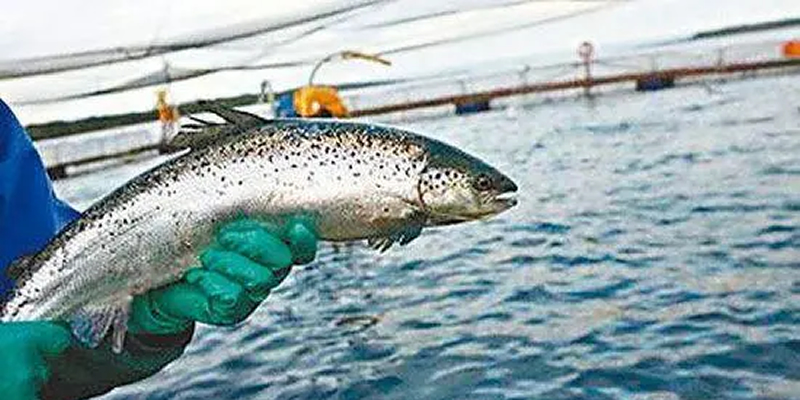 More than a tonne of antibiotics was used to control a potentially deadly fish disease at two salmon farms in southern Tasmania, Australia, earlier this year, but the companies and government made no public announcements at the time.

Reports submitted to the Environment Protection Agency by Tassal and Huon Aquaculture revealed wild fish had scavenged antibiotic-laced pellets below the salmon cages. One sample of three flathead caught off Coningham beach, 2km from the boundary of Tassal's Sheppards lease, revealed antibiotics in the flesh of the fish above the reportable threshold. The monitoring reports were not made public until months after the disease outbreak.

Sheenagh Neill of the Tasmanian Alliance for Marine Protection claimed she discovered the reports "buried deep in the subpages" of the EPA website.

Since 2016, the Tasmanian salmon industry has used more than four tonnes of antibiotics to counter disease outbreaks. Tassal said that when an antibiotic is used, an orange sign is attached to the affected pens to notify other waterway users.

The two salmon leases were affected by Vibrio anguillarum, a bacterium the Tasmanian Salmonid Growers Association said can cause an infection with a "high mortality rate". Tassal and Huon Aquaculture did not respond to requests for details on how many salmon died in the outbreak.

The report submitted by Tassal showed that between January 7 and January 20, it fed pellets containing 675kg of a broad-spectrum antibiotic, oxytetracycline, to salmon in 15 cages at its Sheppards lease.

The antibiotic was detected at levels above the reportable threshold in all sediment samples taken immediately adjoining the fish cages over an eight-week period. The antibiotic was also detected in some sediment samples up to 100 metres from the lease boundary and in the flesh of wild fish caught within and beyond the lease immediately after the two-week course of medicated feed.

In late January, Huon Aquaculture fed pellets containing 400kg of another antibiotic, trimethoprim, to salmon in a dozen cages at its East of Yellow Bluff lease. A report submitted to the EPA revealed three of the four wild fish samples collected within the lease area immediately after using the medicated feed contained antibiotics well over the reportable threshold. None of the sediment or fish samples collected more than three months later contained antibiotics above the threshold.

Huon posted a brief note on its website more than a month after the antibiotics were used.

Tassal's monitoring report was dated April 2022 and Huon's June 2022. It is unclear exactly when they were published on the EPA site.

Petuna, the smallest Tasmanian salmon company, also used more than 14kg of oxytetracycline at its Rowella salmon farm in the Tamar River in September last year.

The World Health Organization (WHO) has classed the two antibiotics used by the companies as "highly important" for human health and warned their overuse in the food industry could lead to the development of antibiotic-resistant "superbugs".

Additionally, a recent report by Monash University for World Animal Protection, an animal welfare non-profit, found potential evidence of antibiotic resistance in 39% of 90 samples of Tasmanian salmon bought from supermarkets in Melbourne.

Huon Aquaculture acknowledged on its website that the salmon at its lease were not vaccinated against vibriosis, but said all future year classes would be.

"If salmon were all vaccinated, then perhaps this would avoid excess use of antibiotics … We need to see a shift to land-based fish farming where operations can be more open," Neill said.

The Tasmanian government plans to finalise biosecurity regulations for the salmon industry later this year, with different standards applying for each of the six zones around the state.