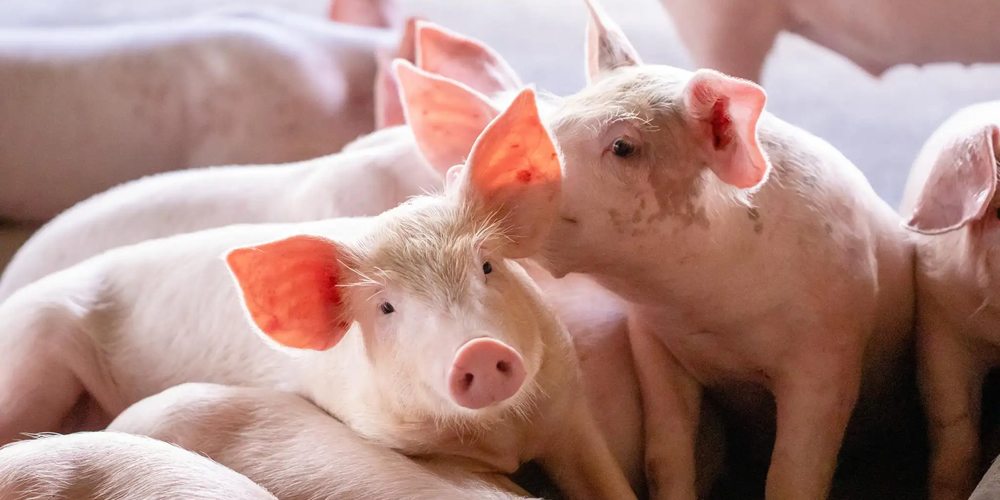 Liu said there will undoubtedly be some growth the following year. The Chengdu, southwest Sichuan province company, which currently ranks among the top three in the domestic industry, has officially entered the "10-million level club" for live hog sales.

In the first three quarters of this year, New Hope Group slaughtered 9.9 million swine, which is very close to the 9.98 million swine that was be killed last year. Only 3.55 million heads of live swine were sold by the hog breeder in 2019.

Swine breeding has always been a part of the group's operations, according to Liu, though it has historically been on a much smaller scale than its feedstuff operations. It was inevitable for the company to grow the scope of its breeding business by relying on available resources after the outbreak of African swine fever in 2018.

New Hope Group, one of the top three companies in the industry, wants to grow even more.

The company plans to produce 14 million fully-grown swine this year, followed by 18.5 million the following year and between 23 million and 25 million pigs by 2024. In the future, it is anticipated that the group will slaughter about 30 million heads annually.

To correctly take advantage of pork price cyclical fluctuations, New Hope Group is attempting to use digital management techniques, such as setting up Big Data models and utilising years of breeding experience as well as data about feed sales, fertile sows, and piglets in inventory.

Liu said the price of soybeans has increased from over CNY 3,000 (~US$415; CNY 1 = US$0.14) per tonne to nearly CNY 5,000 (~US$688) per tonne, and the price of corn has also increased, which will undoubtedly affect feed prices and further affect the cost of production in the hog-breeding sector.

The latest round of swine price increases since this fall are due to a shortage of supplies, which is partially the result of higher feed prices. This has caused some breeders to reduce their production volume.

The New Hope Group is actively taking steps to improve feed formulas and reduce its reliance on a single raw material supplier. Liu gave the example of reducing the amount of soybean meal currently used.