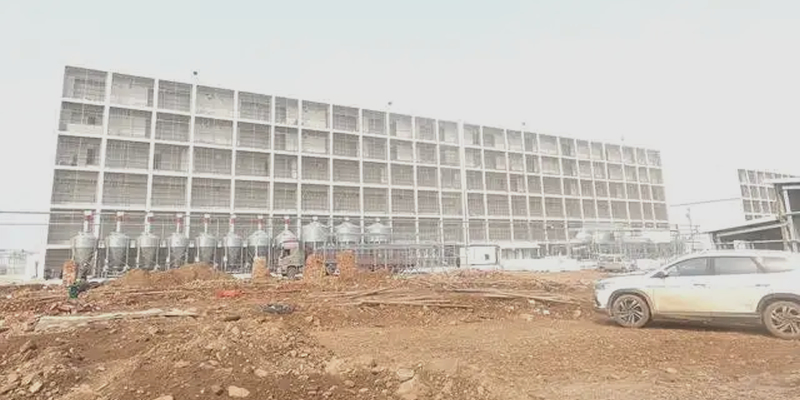 Authorities in China said they are planning to build more high-rise swine farming buildings, which are air-conditioned and include ventilated floors, to reduce land use for farming, BestLife reported.

In the past, multi-story swine farms were banned in China. But Chinese authorities approved the high-rises in 2019, a year after swine flu decimated the nation's swine population. According to Beijing News, a state-run newspaper, their number has increased by 30% annually. The high-rises are more expensive than traditional farms, but the authorities argue that they may be worth the cost in areas where land is scarce and pork prices are high, such as mountainous regions and more developed provinces.

Zheng Chengzhi, public affairs director of New Hope Group, a major agriculture firm, said in the Chinese state-run newspaper Southern Weekly that a high-rise breeding facility can produce as many swine as a conventional farm on one-fifth the amount of land.

Guangdong, a province in southern China, had erected more than 170 multi-story swine farms by the beginning of this year, including one with 17 levels. After launching the first 26-story facility in Ezhou city at CNY 4 billion (~US$540 million; CNY 1 = US$0.14), Hubei Zhongxinkaiwei Modern Farming is currently building a second one. The company wants to produce 1.2 million pigs annually.

A few experts have questioned this approach to swine farming. Dirk Pfeiffer, a professor of veterinary medicine at City University in Hong Kong, said the enormous density of swine and chickens, the majority produced by small-to-medium-sized farms with poor biosecurity, interconnected with each other via transport networks to enormous numbers of slaughterhouses and wet markets, also with poor hygiene, generates infectious disease risks.

Peter Li, an associate professor of east Asian politics at the University of Houston-Downtown, said a concentrated farming operation creates a condition for cross infection among the pigs or other livestock animals.

Yuanfei Gao, vice-president of Yangxiang, a business that constructed a 12-story hog facility in Guigang, said the facilities are effective at halting the spread of disease. Swine are housed on a single floor their entire lives to prevent animal mixing, and each unit has a ventilation system.

Gao said in China, businesses lost about half of their animal stock. They also experienced losses in Yangxiang, but we were able to keep them under 10%.