Russia will resume its involvement in Ukraine grain export deal 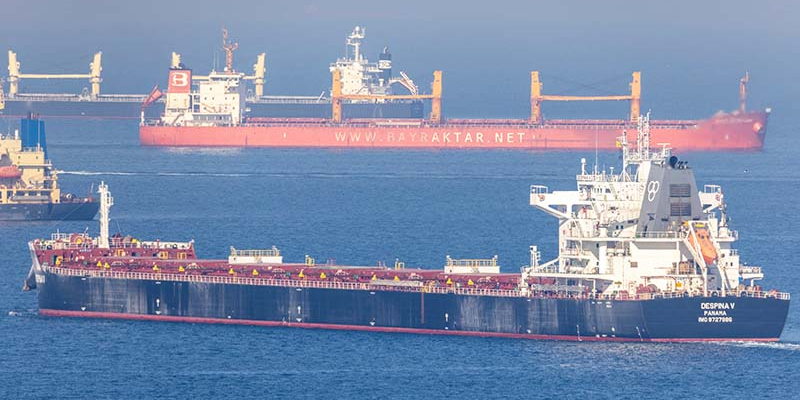 Russia said it will resume its involvement in an agreement to free up grain shipments from Ukraine, undoing a move that leaders of major nations said would result in increased world hunger, Today Online reported.

After Turkey and the United Nations helped keep Ukrainian grain flowing for several days without a Russian role in inspections, Russia, whose forces invaded Ukraine on February 24, announced the reversal.

The change was justified by the defence ministry, which noted that it had assurances from Ukraine that it wouldn't conduct military operations against Russia using the Black Sea grain corridor.

The Russian defence ministry said the Russian Federation considers that the guarantees received at this time appear sufficient, and resumes the implementation of the agreement.

The grain agreement, which was first reached three months ago, lifted a de facto Russian blockade on Ukraine, one of the biggest grain suppliers in the world and eased a global food crisis. Fears of the food crisis getting worse and prices going up were resurrected by the possibility of it collapsing this week.

Following Russia's announcement, the cost of wheat, soybeans, corn, and rapeseed all saw significant drops on international markets, allaying worries about the rising cost of food.

Industry sources said insurance companies had stopped issuing new contracts, raising the possibility that shipments might stop within days. Ascot, a Lloyds of London insurer, said that it had started writing cover for new shipments again.

Moscow's decision, according to Andrey Sizov, head of the agriculture consultancy Sovecon with a focus on Russia, was quite an unexpected turnaround, but the deal was still in jeopardy because it was unclear whether it would be extended past its expiration date of November 19.

Following an attack on its fleet, Russia withdrew from the agreement, claiming that it could not guarantee the safety of civilian ships travelling through the Black Sea. Threats to the world's food supply were referred to as "blackmail" by Ukraine and Western nations.