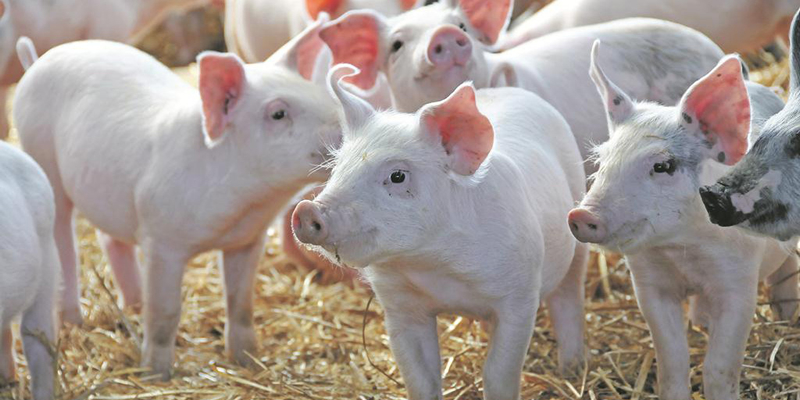 About 15-20% of pigs are classified as having Intrauterine Growth Retardation (IUGR) or low body weight at birth [1]. The consequence of IUGR is that body growth and intestine development are compromised in utero because of a higher metabolic priority to conserve brain and heart development. The impaired body growth and intestinal development of IUGR pigs at birth can further complicate their survival and growth during subsequent life stages. The microbiome is widely reported to have an important role in gut development and performance of weaned pigs. Several approaches have been developed to alter the microbial population of pigs including the use of direct fed microbials, short chain fatty acids, acidification of feed or water, changing nutrient density, and using highly digestible specialty feed ingredients. Of these different approaches, modified dietary protein levels and highly digestible specialty feed ingredients appear most likely to consistently modify gut microbiome to benefit gut health and development.

A recent publication in European Journal of Nutrition [2] detailed the impact of protein source on microbiome and gut health of normal birth weight (NBW; 1.57 ±0.03 kg) and IUGR pigs (1.09 ± 0.02 kg). A total of 18 pairs (one NBW and one IUGR male pig from the same litter) were selected at birth for use in this study. All pigs were weaned at 21 days of age and transferred to individual metabolism cages in the weaner facility. Within litter, the NBW or IUGR pig was randomly assigned to a weaner diet with either 5% soy protein concentrate (SPC) or 4.18% spray-dried porcine plasma (SDPP) and fed for 14 days after weaning. Both weaner diets contained an acidifier but did not contain antibiotics or medical levels of zinc oxide. Thus, 4 treatment groups with 9 pigs each were formed: NBW fed SPC diet; IUGR fed SPC diet; NBW fed SDPP diet; IUGR fed SDPP diet. 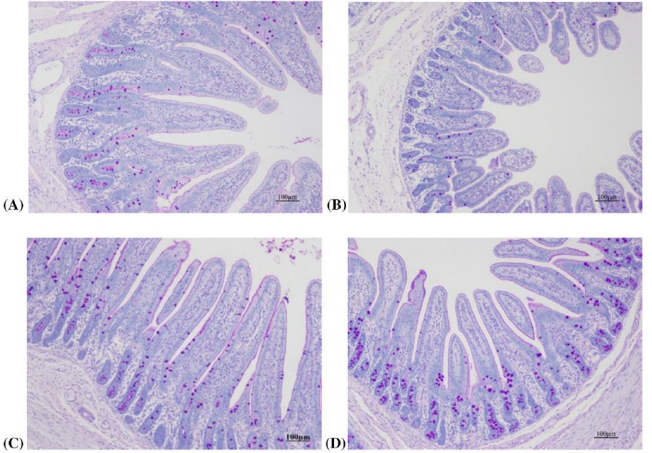 The genera Prevotella was also more abundant in pigs fed the SDPP diet. Prevotella is a predominant SCFA-producing genus. Short chain fatty acids can be directly utilized by intestinal epithelial cells as an energy source and can also protect the host against colonic diseases and improve gut barrier function. In the present study, the concentrations of acetate, propionate and butyrate were correspondingly increased in the colon of pigs fed the SDPP diet (Figure 3). 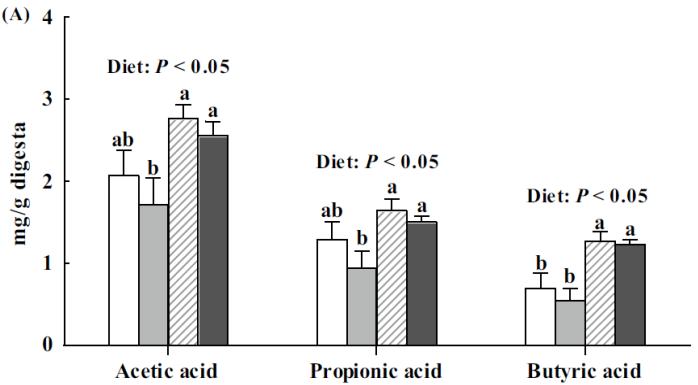 The abundance of Escherichia–Shigella in the samples from pigs fed the SDPP diet were markedly lower than those fed the SPC diet. Some members of Escherichia–Shigella are known to cause intestinal pathology in pigs. The decreased Escherichia–Shigella in pigs fed the SDPP diet coincided with the lower diarrhea index to some extent. Therefore, the inclusion of SDPP in diet was beneficial to the microbial balance in the hindgut of pigs. Furthermore, the higher ileal digestibility of SDPP [3] could result in lower amounts of dietary undigested proteins and peptides passed into the large intestine. Undigested proteins and peptides in the colon can be used as fuel for growth of pathogenic microbes and induce toxic effects on the host.

In conclusion, IUGR impairs the growth rate and intestinal function of weaned pigs. The SDPP diet improved the growth rate and intestinal function for both IUGR and NBW pigs. Pigs fed the SDPP diet also had improved diversity of the microbial population, increased abundance of beneficial bacteria (ie., Prevotella) and reduced abundance of pathogenic bacteria (ie., Escherichia–Shigella). These findings support the role that certain dietary functional protein sources can modulate the composition of microbiota to support intestinal health and can have an important role in reducing reliance on the use of antibiotics and medical levels of zinc oxide to control post-weaning diarrhea. Therefore, use of highly digestible functional proteins, like spray dried plasma, in feed for weaned pigs can be a very effective nutritional strategy to modify gut microbiome, benefit gut health and development, and improve overall performance and economics of swine production.

Article made possible through the contribution of Dr. Yanbin Shen, Dr. Joe Crenshaw and APC