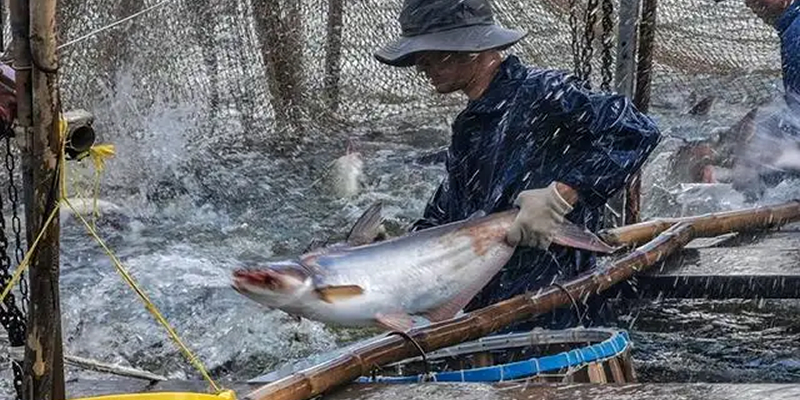 Exports of pangasius from Vietnam to ASEAN countries have increased, with shipments by the end of September 2022 estimated above US$152 million or 8% of all total Vietnamese pangasius exports, Fish Information & Services reported.

With recent breakthroughs and consistent growth, the proportion of exports to ASEAN in total Vietnam pangasius exports has been nearly equal to that of the EU. Thailand, Singapore, the Philippines, and Singapore are some of ASEAN's largest markets.

The Philippines market saw the largest increase in September, growing five times over the same period. Pangasius exports to this market increased by 92% to more than US$25 million by the end of the third quarter, making up 1.3% of all pangasius exports.

With over US$28 million in sales in the first nine months of 2022, an increase of 56% over the same period, Singapore is the second-largest ASEAN market for Vietnamese pangasius. Exports of pangasius, particularly to Singapore in September, more than tripled.

With an import turnover of more than US$26 million in the first nine months of 2022, an increase of 114%, Malaysia also contributes in the same proportion as the Philippines. Pangasius exports to this market rose significantly by 138% in September.

Despite making up a small portion, other ASEAN nations like Cambodia, Indonesia, and Laos all frequently increase their imports of Vietnam's pangasius, with growth rates ranging from three to 23 times higher than in the same period in 2021.

As the selling price of pangasius is not high compared to other seafoods, the rising transportation costs are a disadvantage for the pangasius export industry. To cut costs, Vietnamese pangasius exporters should encourage sales to markets with favourable geographic conditions, like the ASEAN nations.

With the current growth rate, ASEAN tends to represent a larger share of pangasius exports and may soon surpass the EU.