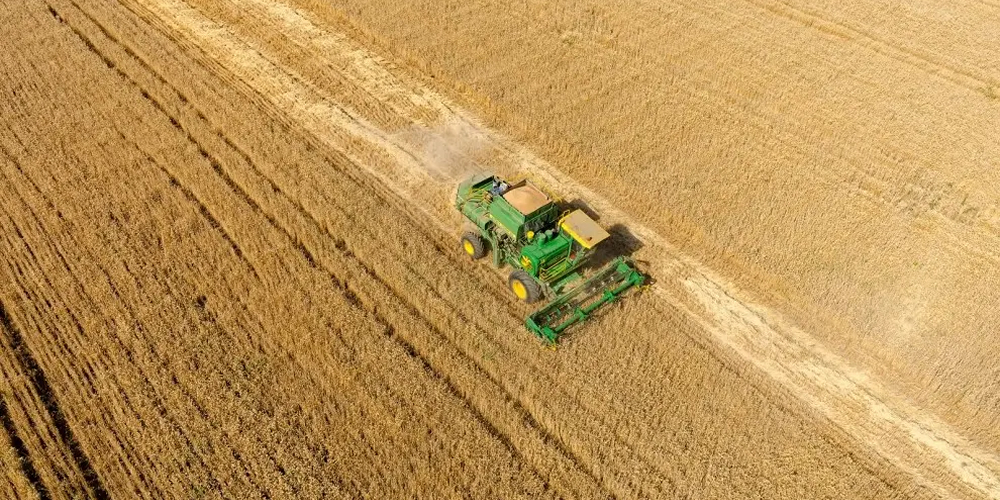 As of October 18, or 61% of the anticipated area, farmers had sown 2.5 million hectares of winter wheat, according to the ministry.

The data showed Ukraine's pace of sowing winter wheat for the 2023 harvest is 50% slower than it was last year, when farmers had sown 5 million hectares as of October 18.

While local officials and analysts attribute the delay primarily to rains that affected much of the country and a lack of funding, the ministry provided no explanation for the decrease.

Because of unfavourable weather, less than 30% of the winter grain crop area for the 2023 harvest was sown this week, which was "significantly less" than in previous years, according to Ukrainian state weather forecasters.

Additionally, they warned that crops sown in October might enter the winter still growing, making them weak and vulnerable to harsh winter weather.

The ministry reported last week that farmers had finished the 2022 wheat harvest, threshing 19.2 million tonnes of the grain as opposed to 32.2 million tonnes in 2021, and that the conflict in the country's eastern, northern, and southern regions was the reason for the decrease in production.

In light of an anticipated decline in the winter wheat sowing area, Taras Vysotskyi, the Deputy Agriculture Minister, stated last month that Ukraine's 2023 wheat harvest may drop to 16–18 million tonnes.