Exogenous phytase is the most common enzyme in the feeding of non-ruminants. The world's first commercial phytase, Natuphos, capable of breaking down phytate, was introduced in the Netherlands in 1991. Today, the global phytase market is valued at around 450 million US dollars. By 2025, it could reach 600 million US dollars.

Unlike some other enzymes, the feasibility of using phytase in diets of monogastric animals and poultry is proven and undeniable. Thousands of scientific publications confirm the high efficacy of this enzyme in various diets since most of the phosphorus (P) in plant feed components is in the form of phytate (InsP6) - salts of phytic acid. However, phytate P is only partially utilized in pigs and poultry due to several reasons. Thus, inorganic feed phosphates and phytase enzyme (which breaks down phytate) are included in plant-based diets to cover animals P requirement. 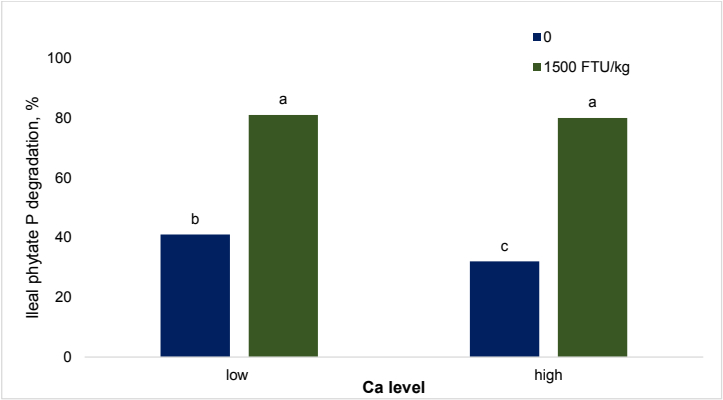 Figure 1:  Phytate P degradation at the level of ileum in broilers fed with low and high Ca levels. Columns within a statistical comparison not sharing the same letter are significantly different (P ≤ 0.050). 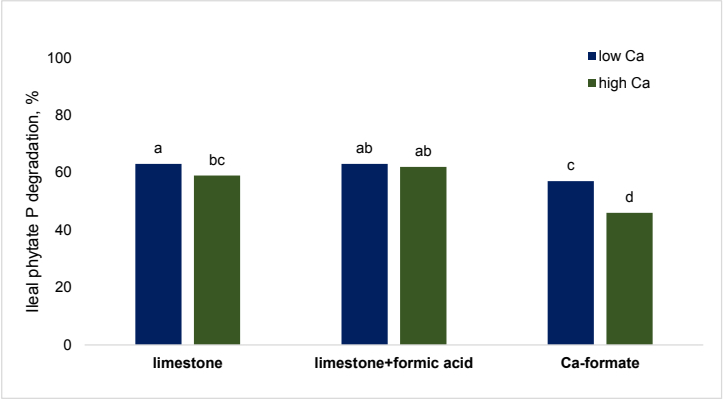 Figure 2:  Phytate P degradation at the level of ileum in broilers fed with differently acidified diets with low and high Ca levels. Columns within a statistical comparison not sharing the same letter are significantly different (P ≤ 0.050). 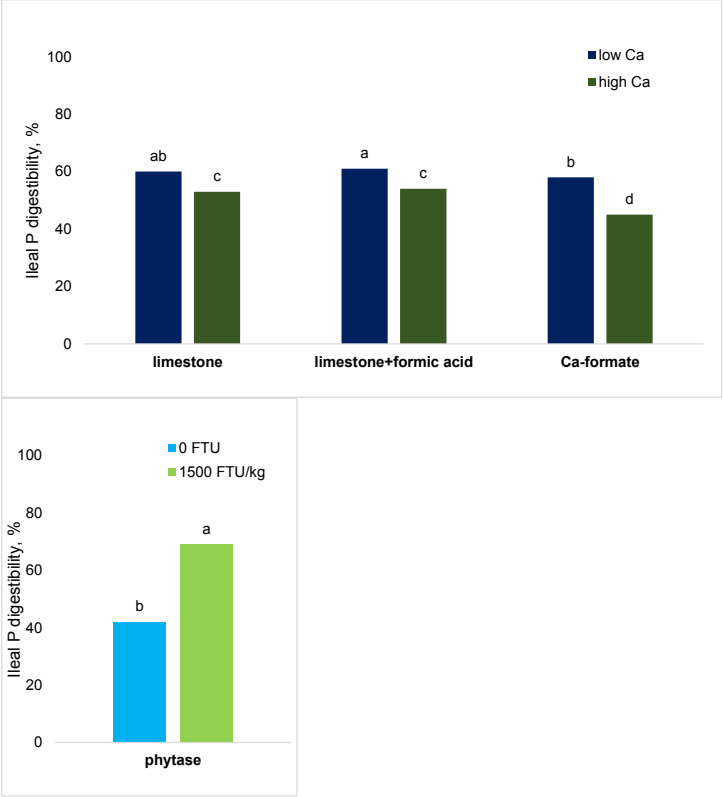 Figure 3:  Ileal P digestibility in broilers fed with differently acidified diets with low and high Ca levels without and with supplementation of 1500 FTU phytase/kg. Columns within a statistical comparison not sharing the same letter are significantly different (P ≤ 0.050).

Phytate being a salt of an acid implies an ionization step at low pH to be solubilized and become accessible for phytase action. Inclusion of acidifiers into broiler diets may help to improve phytate solubilization and thereby enhance phytate degradation by supplemental phytase in the proximal part of digestive tract. Furthermore, Ca is the major cation in broiler diets and is involved in complexation of phytate in the gut inhibiting phytate hydrolysis by phytases. The results of the above-mentioned study clearly show that high dietary Ca levels reduced ileal phytate degradation, yet this effect was compensated by phytase supplementation. Surprisingly, if no phytase was added, inclusion of more soluble Ca source such as Ca-formate led to significantly lower levels of ileal phytate degradation and P digestibility compared to supplementation of Ca in form of limestone or separate addition of limestone+formic acid. Therefore, solubility of different Ca sources may be of relevance in phytase action in the digestive tract.

Effects of Ca on phytate degradation and ileal P digestibility seem to depend on dietary concentration, solubility of the Ca sources, as well as on the consequences of Ca supply on the pH of the gastro-intestinal tract. The results of this study are of importance to the industry since choice of concentration and source of Ca in the diet is a crucial factor of feed formulation that influences P utilization by the birds.