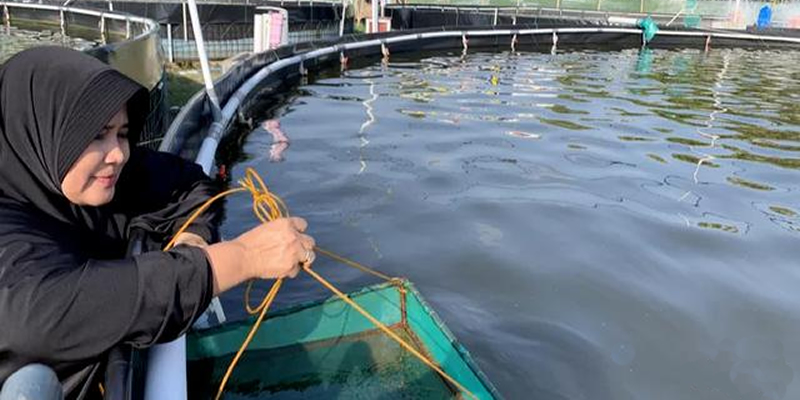 Digitalization has been adopted by Indonesia's Maritime Affairs and Fisheries Ministry to improve aquaculture marketing and widen the network of national market actors who are cultivators or business actors, Fish Information & Services reported.

Nono Hartanto, director of seeds for the directorate general of aquaculture at the Ministry of Maritime Affairs and Fisheries, said digitalization is absolutely necessary for the aquaculture and marketing industries. Efficiency in the supply chain is the aim.

As it makes routine maintenance easier, Hartanto claims that digitalization in the upstream sector will help domestic farmers. Digitalization was thought to increase the effectiveness of the marketing channel for the downstream industry.

He said because collectors had handled the sale of the fish, cultivators made a very small profit. With the help of the digital process, growers can shorten their marketing channels for higher profits.

Digitalization was a promotional tool that could be used by communities, including cultivators, marketers, and hobbyists, according to start-up kalikan.id, which was active in the national freshwater wild fish business sector.

Rachmawan said the online marketplace kalikan.id could serve as a venue for stakeholders to advertise, offer, buy, and sell fish on a national and international scale.