Vietnam's pangasius exports in July dropped for the fifth consecutive month, down 12.7% year-on-year, the Vietnam Association of Seafood Exporters and Producers (VASEP) said.

The decrease during the seven-month period from January to July was 5.5% from the same period last year to US$1.13 billion.

Noteworthy was the 56.2% decline in the export of the fish to the US market to $25.6 million in July, bringing the seven-month figure down 34.3% to $167.6 million. Nevertheless, the US is still the second-biggest market of Vietnamese pangasius.

VASEP forecasts that the decline of shipments to the US market will continue in the remaining months, partly due to technical and trade barriers to imports of white fish.

Meanwhile, pangasius exports to China and Hong Kong surged 71.1% in July, resulting in a 10.4% increase in the export value of the seven-month period to $320 million.

The EU market showed signs of slowdown as pangasius exports to the UK, the second-biggest market in the 28-nation bloc, declined 10% in July, although the seven-month figure, at $33.3 million, showed a 36.3% increase.

Pangasius exports to Germany and Belgium in the first seven months also increased 39.6% and 32.5%, respectively, contributing to a 12.6% rise in the entire EU market to $156.7 million.

The ASEAN, Mexico and Japan markets also showed increases, but reductions were reported in Brazil and Colombia. 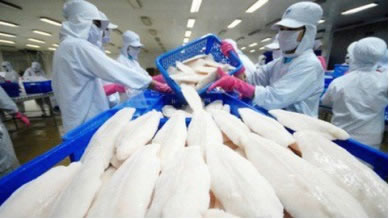