Diamond V welcomes Van Anne back with a new role 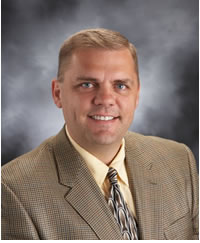 Diamond V recently welcomed Chris Van Anne back to the company's Cedar Rapids headquarters as the director of Knowledge Transfer.

"As Managing Director based in the Netherlands, Chris and his team collaborated with the company's 15 European Union business partners. They succeeded in doubling Diamond V's EU business in a few short years," Johnson adds.

He further explainsthat Van Anne grew up on a fourth generation beef ranch and dairy farm in western Nebraska, where he discovered that helping to feed the world was his life's mission.

Van Anne earned his bachelor's degree from the University of Nebraska-Lincoln before completing his MBA at Regis University in Denver with an emphasis on International Business. He continued his academic career by completing the Colorado Agriculture Leadership Program and the Sales Professional Course. He also certifiedas a Crop Advisor.

Van Anne has served in a volunteer capacity as chairman of the board for "Toys for God's Kids" a non-profit organisation in Denver, and as a member of several agriculture boards and advisory committees.

His lifelong passion for agriculture has remained strong, as he recently told the Diamond V team: "My perfect relaxing vacation is to spend a week baling hay, running a combine, working cattle, or fixing fence around one of the pastures on my brother's farm."

Chris Van Anne can be contacted at cvananne@diamondv.com.