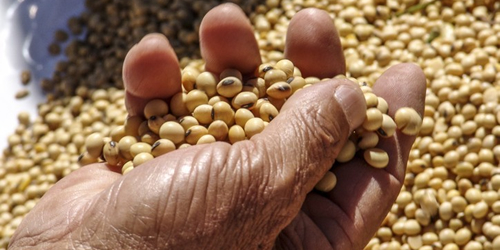 Over the week, the closing price of CBOT November soy futures plummeted 4.1%.

Soy crushers cut production while prices were lower by 50% since March, hence squeezing profit margins. Compared with a week ago, crushing volumes dropped 60,000 tonnes to 1.68 million tonnes.  Soymeal inventories of crushers continued to shrink for the third consecutive week to around 900,000 tonnes.

Consequently, even as demand for soymeal was limited despite high aqua feed production, prices of soymeal strengthened for the second week on tight availability.

As crushers limit output, China's July soy imports totalled 7.88 million tonnes, down by 4.5% on-month and 9.1% on-year. Soy imports in August and September is projected to be low at 14.50 million tonnes.

With soymeal supplies set to be limited, and feed demand expanding as livestock producers prepare for the upcoming Mid-autumn Festival market, prices of soymeal are poised  to move higher.