Login
Subscribe
July 23, 2020
World chicken exports: Thailand to snatch market share from Brazil
By Eric J. Brooks
An eFeedLink Hot Topic
In China, Japan and Europe, Thailand is making a concerted effort to take back some of Brazil's large market share.
With Q1 Thai chicken consumption down by 50% on-year and prices down 25%, the resulting 60%+ drop in domestic revenues makes jacking up exports a matter of economic survival. For 2020, the USDA sees a 12.2% drop in Thai consumption (from 3.3 to 2.9 million tonnes) being outpaced by an 18.7% production drop, from 2.459 to 2.00 million tonnes.
All this is forcing more Thai chicken into the world market, where its prospects look much brighter than a few months ago. Thailand has its COVID-19 epidemic reasonably well controlled while Brazil's outbreak is one of the worst in the world. 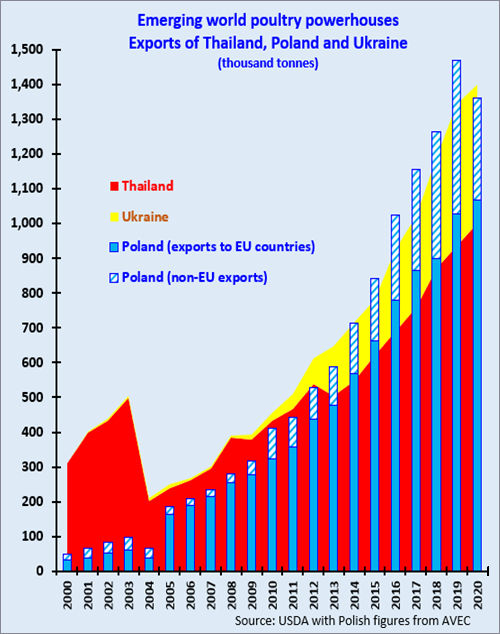