MSD Animal Health has hosted udder health and milk quality experts from 10 different European countries to learn more about the Polish dairy industry at an inaugural meeting in Gdansk, Poland. 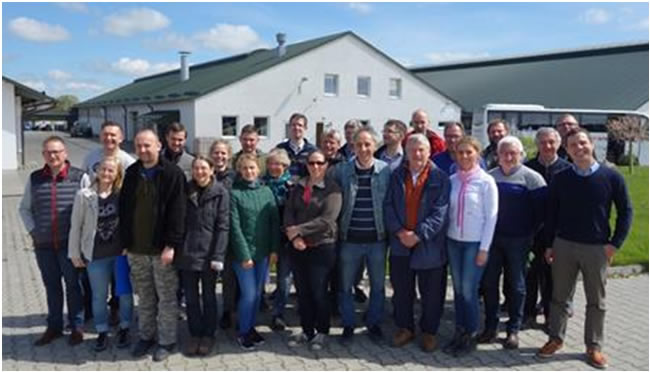 The meeting provided attendees with information about mastitis control and treatment, particularly for the most persistent pathogens - which is a challenge for many dairies in the region - as well as ways to optimise udder health management for the best outcomes.

"Now the fifth largest milk producing country in the EU with 2.5 million cows producing more than 12 million tonnes of milk each year, it's surprising to know that 70% of Poland's dairy farms have one to nine cows," explains scientific affairs director, Jantijn Swinkels. "The continued growth of this market made Poland an ideal location for this year's panel."

The group visited a farm with over 1,000 cows. The farm was said to be unique because it is not only much larger than the average dairy farm in Poland, producing 11.5 tonnes of milk per lactation, but has also implemented an ambitious mastitis control programme, which helped to optimise udder health management allowing for ample milk production.

Attendees also began a collaborative research project that will highlight correlations between genes and clinical outcomes of the major pathogen, Staphylococcus aureus, collected from 10 different European Union countries. Results of their research will be presented at the next European Mastitis Panel meeting in Budapest, Hungary, in May 2018.