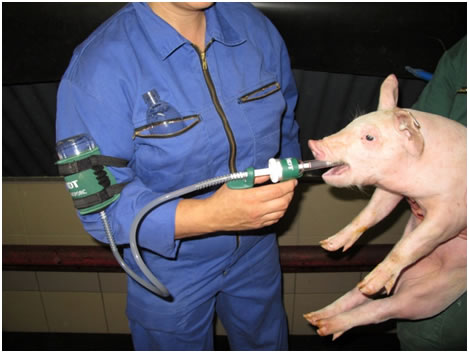 Swine farmers in 12 European countries will now be able to protect their herds against the growing problem of Salmonella Typhimurium. Ceva will launch Salmoporc in Austria, Belgium, Czech Republic, Denmark, Hungary, Ireland, Italy, the Netherlands, Portugal, Romania, Slovak Republic, and the United Kingdom through the remainder of 2019.

Salmoporc has been used on German and Polish farms for over 15 years (previously under the IDT brand) and has proved to be safe and effective in controlling salmonella. The live attenuated vaccine can be administered orally in piglets and via subcutaneous injection in sows.

"Salmonella in pigs is a growing threat and an important zoonotic disease. According to the 2018 European Food Safety Authority (EFSA) report, salmonellosis is the second most reported zoonosis in Europe with over 90,000 cases reported in humans," said company veterinarian Dr. Rike Schmelz.