June 17, 2015
Soymeal for Southeast Asia, beans for China and Latin America to the rescue?
With feed demand growth shifting from China to Southeast Asia, South American soy exports will boom, but in a very segmented, differentiated manner.
By Eric J. BROOKS
An eFeedLink Exclusive Commentary 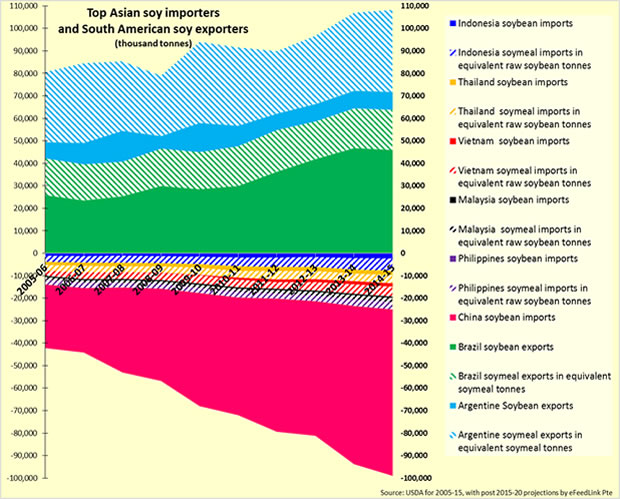