In a press release, the Dutch firm cited a study published by the Global Aquaculture Alliance (GAA), in which shrimp were fed six diets, one of which constituted a complete replacement for fish oil and fishmeal.

AHPNS is an emerging disease that cause great reductions in shrimp production. Also known as early mortality syndrome, the disease has had a significant impact on shrimp production globally, with mortality rates as high as 100% in the first 30 days of infection.

Ewen McLean, principal at Aqua Cognoscenti, who is the study's lead author, was quoted as saying: "The study demonstrates that shrimp, and likely many other species, can be fed diets without fishmeal and fish oil, thereby enabling aquaculture expansion to continue unabated, despite fluctuations in forage fish resources".

"A higher survival rate results in better yield and improved feed conversion ratios since less feed is wasted", he added.

"Our innovative algal oil has been successfully increasing levels of EPA & DHA in fish and we now know that it is also contributing to a significant increase in survival rates in shrimp", he said.

"Incorporating a natural replacement in fish diets such as Veramaris' algal oil ensures continued stability of supply as well as improving the health, texture, colour and flavour of fish and shrimp, due to increased levels of EPA & DHA Omega-3 fatty acids", he added.

For more information on the study, you may visit 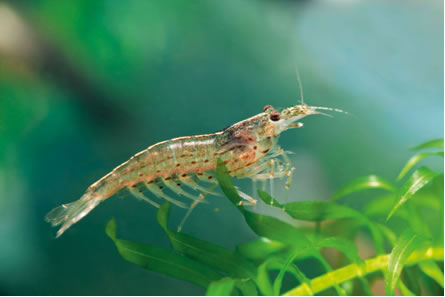 Video >
Technical Paper >
Working smarter: How multi-tier aviaries can help solve labor issues
As the cage-free egg trend continues to grow in North American markets, the amount of skilled and consistent labor required to maintain operations has not followed. One of the top ...
Eggshell quality: 3 solutions for older laying birds
Older laying birds are still a valuable asset, as long as they are managed for performance and productivity. Eggshell quality is one of the elements that, without proper management ...
Advantages of multi-tier aviaries in cage-free egg production
Cage-free facilities remain a dominant trend in North American egg production, driven by the growing demands of consumers, supermarkets, restaurants and others in the food supply c ...