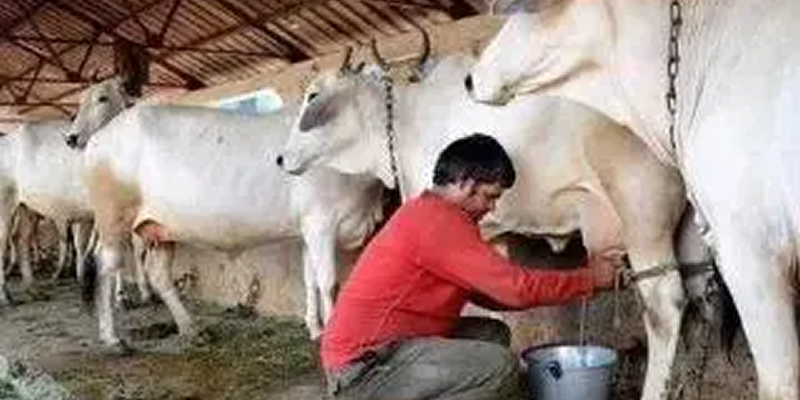 Sri Lanka's National Livestock Development Board and the Agriculture Ministry held a preliminary discussion with visiting Indian officials from the NDDB.

The office of Sri Lankan President Ranil Wickremesinghe said a committee has been appointed with representatives from Sri Lanka's public and private sectors to work wioth the NDDB and prepare a short, medium, and long-term plan to increase local milk production.

To work with the NDDB and "prepare a short, medium, and long-term plan to increase local milk production to reduce the country's dependence on imported milk powder," the office of President Ranil Wickremesinghe said in a statement. The committee will include representatives from Sri Lanka's public and private sectors.

The partnership is not new to Sri Lanka, where the Sri Lanka's former president, Chandrika Bandaranaike Kumaratunga, invited India's "milk man," Verghese Kurien, to establish the dairy project known as "Kiriya," after the word for milk in Sinhala. The NDDB and Sri Lanka's MILCO announced a US$20 million joint venture, but the project never got off the ground due to opposition from nationalist labour unions and significant business lobbies in Sri Lanka.

Less than half of Sri Lanka's dairy needs are met by domestic dairy production. The island nation, which is cash-strapped, imports dairy products worth about US$300 million annually, primarily from New Zealand.

In addition to India, Sri Lanka is looking into expanding its cooperation with New Zealand, which has been the country's primary dairy importer for the past 40 years. An official based in Colombo said that Fonterra, a dairy cooperative from New Zealand, has grown its Sri Lankan operations recently. It has been developing relationships with Sri Lankan farmers and, according to the official, is thinking about how to expand further when conditions allow.