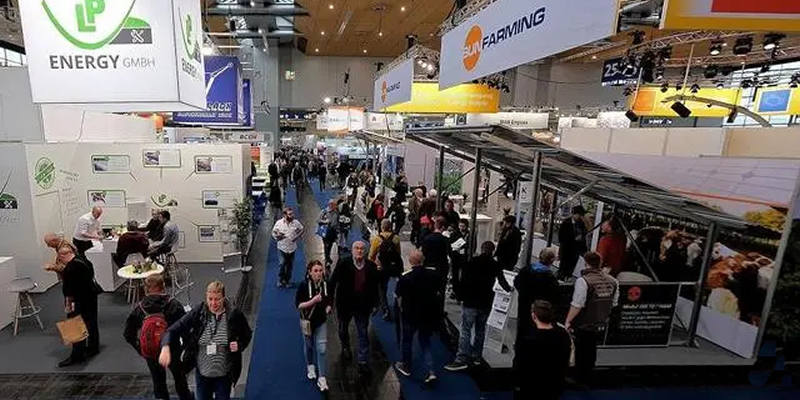 EuroTier is described by its organiser as the world's leading trade fair animal farming and livestock management, while EnergyDecentral is presented as a leading trade fair for decentralised energy supply. Both events have showcased the innovative strength of both the livestock and energy sectors.

Together with its partners, EuroTier organiser, the German Agricultural Society (DLG), held an exhibition and technical programme with the guiding theme "Transforming Animal Farming". Focusing on a successful future for the animal husbandry industry, the theme showed how, with technical innovations, increased productivity and better animal welfare and sustainability can be achieved — in particular, applying new solutions in the areas of digitisation, automation and robotics.

"Productivity, climate change, animal welfare — animal production is changing worldwide," said Freya von Czettritz, chief executive officer of DLG Holding GmbH, adding that feedback from the industry was positive. "Farms must become sustainable and stable in all areas for the future - whether it is animal housing construction and technology, digitisation, breeding, feeding or marketing. This requires innovations, which the EuroTier exhibitors have delivered, showing the potential of future animal husbandry. Our exhibitors were very satisfied with the quality of the international professional visitors."

The majority of exhibitors came from Germany, followed by the Netherlands, Italy, France, Spain, Denmark, Belgium, Austria, Turkey and the United Kingdom. China, Ireland and the United States followed in the other places. Exhibitors from Arab countries such as Egypt, Morocco and Algeria were also represented. The proportion of international exhibitors was around 60%.

"Our members are highly satisfied with the successful result of EuroTier 2022," said Nora Hammer, managing director of the German Livestock Association. "A significant number of member companies, despite some mixed feelings, absolutely wanted to participate in the most important international trade fair for animal breeding and livestock. This decision was rewarded. The response was better than we had expected. One thing is certain: nowhere else do you come into contact with so many agricultural organisations as at EuroTier. It's nice that this important industry venue has successfully returned."

94.3% of visitors were highly satisfied with the offering at the exhibition. In addition to feed and operating resources, interest was particularly high in the topics of breeding, milking and cooling technology, animal housing, hall construction and feeding technology. Around 39% of visitors came from outside Germany.

Some 450 journalists from 32 countries used EuroTier and EnergyDecentral to gain an overview of current innovations and trends.

The technical programme at EuroTier was supported by DLG and numerous partners from industry, science and consulting. More than 400 events, such as spotlights, conferences and forums, primarily showcased perspectives and concepts that focused on the topics of animal welfare, sustainability and climate protection.

The congress of the German Association of Practicing Veterinarians (bpt), which took place in parallel, offered additional opportunities for cross-industry exchange.

The winners of the EuroTier Innovation Awards reflected the innovative strength of the exhibiting companies.

The Young Farmers Day with its concluding Young Farmers Party was once again the venue for young farmers and students. This year, the focus was on networking, career planning and discussions about sustainable animal husbandry.

EnergyDecentral: Marketplace for the future of energy supply

Due to the crisis in energy supply caused by the war in Ukraine, the search for alternative and renewable energy sources has become more important.

Other developments at this year's EuroTier show included:

- The "DLG-Agrifuture Concept Winner" was awarded for the first time at EuroTier and EnergyDecentral. With this award, DLG honors concepts and visions that have not yet reached market maturity, but have potential for the future;

- Celebrating its premiere, the "Women in Ag Awards International" will, in future, be awarded annually to women who serve as role models for international agriculture;

- With the new "DLG Agri Influencer Award", DLG draws attention to agricultural blogs and profiles with high-quality content on social media and presents these to a broader public;

- Start-ups and creatives developed their forward-looking ideas in the DLG.Prototype.Club.

The next EuroTier show, along with EnergyDecentral and the World Poultry Show, will take place in Hanover on November 12-15, 2024.