US corn export sales on the decline 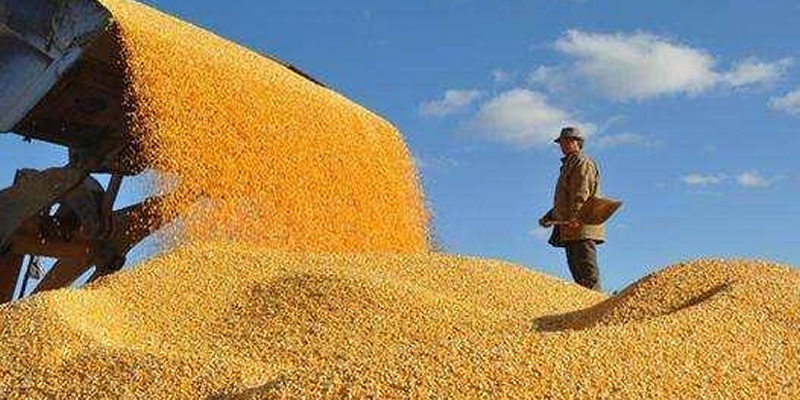 Grain traders said the US, a major global corn supplier, has struggled to sell the commodity to international consumers, which has dashed hopes of continuing a somewhat active export programme despite high prices, Hellenic Shipping News reported.

Mexico remains the only country that is meeting demand expectations, as sales to other important markets that supported the US corn market in 2021 are alarmingly low. This could be due to increased competition from Brazil following its significant mid-year harvest.

The US Department of Agriculture (USDA) said domestic corn exports are expected to total 54.6 million tonnes for the 2022–23 season (beginning September 1), slightly below average compared to the previous nine seasons. This is a 13% decrease from last year.

As of November 24, US corn export sales were down 48% from the previous year. The situation is made worse when excluding some of the most important clients. Sales to the No. 2 through No. 5 markets for American corn currently are down 71% year-on-year.

In 2021–22, those four nations, China, Japan, Canada, and Colombia, accounted for 56% of all corn shipments from the US.

When it comes to its export forecasts, the USDA does not disclose country-level forecasts. With the exception of Canada, the USDA is likely anticipating the top American consumers, particularly China, to participate in the American market to a much greater extent than they have recently.

The good news is that Mexico has already committed to purchasing 9.1 million tonnes of American corn in 2022–2023. Although that is down 11% from a year ago, it is still better than the unusually fast early booking pace of last year. In the near future, growing Mexican demand should maintain its support for US corn.

China's erratic demand for American goods was once restricted to the soybean market, but since the Asian nation returned to the corn market in the middle of 2020, the American corn industry has been depending on that business.

The majority of those sales took place between March and May, and recent activity has been minimal to non-existent, which is the main concern. Brazil's new ability to ship corn to China, which it started doing last month, though to a very limited extent, increases that uncertainty.

By February or March, Brazil's corn shipments typically start to decline as US shipments ramp up. However, the South American exporter produced a crop of record size this year, which caused some business from Japan, a long-time US customer, to be redirected.

In recent years, Japan has accounted for about 20% of annual US corn exports; since 2012–2013, this volume has not decreased below 10 million tonnes. By November 24, Japan had made its smallest purchase of American corn for the date in more than 20 years, amounting to nearly 1.5 million tonnes for the years 2022–203.

Brazil exported twice as much corn to Japan between July and October as compared to the same time last year, ranking second only to 2019. Japan has also been successful in replacing some corn in animal feed rations with rice, which is cost-competitive and has strong government support.

One of the top corn consumers in the US won't be back in the same way as last year. To fill a gap in feed grains after its own crops, particularly wheat and barley, were completely destroyed in the 2021 drought, Canada accounted for 10% of US corn exports in 2021–22.

In 2021–22, a record 6 million tonnes of American corn were exported to Canada, breaking the previous high of 3.9 million tonnes set in 2002–03. This was more than three times the recent annual average. Canada's crops in 2022 returned to normal, and its corn bookings from the US are down 87%.

Colombia, which was the No. 5 destination for American corn last year, has bought just over 300,000 tonnes for shipment in 2022/2023, a ten-year low and an 84% decrease from the previous year. Although cheaper corn and shipping costs from Brazil and Argentina have reduced US share, the US is still by far Colombia's top corn supplier.

Honduras, up 3% at 433,000 tonnes, is the only somewhat notable buyer of American corn that has more orders this year than at the same time last year. Following the failure of the 2022 crop due to drought, the European Union is expected to receive 105,000 tonnes of American corn compared to none a year ago.