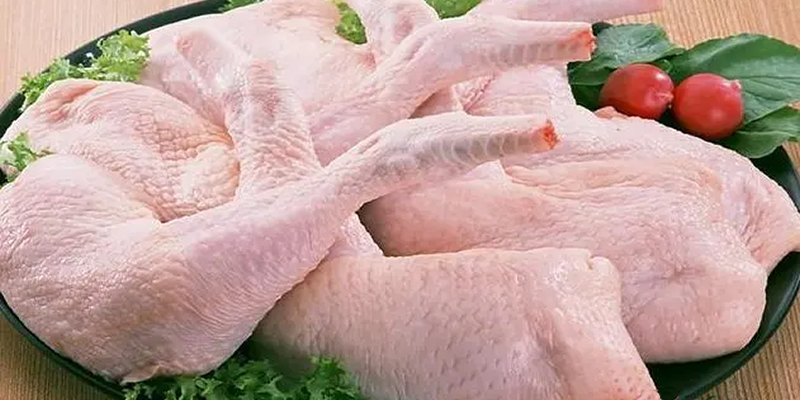 England and Wales of the United Kingdom were to ease the rules temporarily on defrosted poultry meat due to the impact of bird flu.

The Food Standards Agency (FSA) is advising consumers buying turkey, duck, capon, or goose products that they may have been previously frozen and defrosted before being sold as chilled. Updated measures mean that farmers who breed turkeys, geese, or ducks for their meat will have the option to slaughter flocks early and freeze these products, which can then be defrosted and sold to the public. This comes as the UK is dealing with its worst bird flu outbreak ever with more than 200 cases confirmed in the past 12 months.

In the European Union, defrosted previously-frozen poultry meat, including turkey, is not allowed for sale.

In England and Wales, products should be labeled as defrosted and are suitable for home freezing if it states so on the label. The temporary change applies from November 28 to December 31, 2022, and does not cover chicken.

Narriman Looch, head of foodborne disease control at the FSA, said the defrosted products will be safe to eat as long as consumers follow instructions on the label and practice good food hygiene.

"This is different from our usual advice of not refreezing raw meat thawed at home as the food industry has specialist equipment to very quickly freeze, then defrost these products in controlled conditions. Home freezers are less efficient so defrosting and refreezing raw meat at home could allow the growth of harmful germs."

The change does not apply to products sold in Northern Ireland due to the NI Protocol.

"By killing birds a bit earlier and freezing them, these products can be defrosted and sold in the run-up to Christmas without worries about the impact of avian flu on supply," said Andrea Martinez-Inchausti, deputy director for food at the British Retail Consortium (BRC).

EU rules require poultry meat to be in one of three states: fresh (not previously frozen), frozen, or quick-frozen.

The Food Safety Authority of Ireland (FSAI) said businesses in Ireland should be aware that EU regulations have not changed, despite the temporary England and Wales allowance. Production and/or marketing of poultry meat in a defrosted state remains prohibited in all EU member states and Northern Ireland.

The agency has asked importers, retailers, distributors and producers to be more vigilant to poultry meat marketing standards in their operations for the 2022 Christmas period.