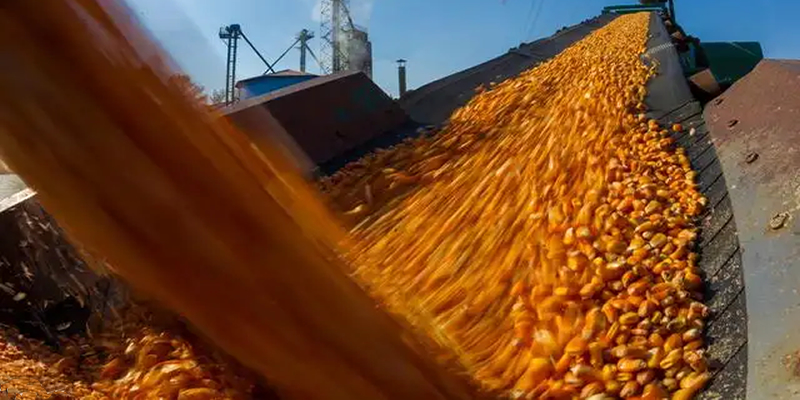 Cary Sifferath, US Grains Council Vice President, said Asian corn import demand is likely to stay unchanged next year, especially from Southeast Asia, and there is concern over the pace of economic growth that will restrict consumers' purchasing power, Hellenic Shipping News reported.

Sifferath said there won't be a sharp increase in demand, but hopes that current demand will be maintained.

The cost of imports for Southeast Asia, Japan, South Korea, and China—which account for the majority of the world's corn inflows—has increased due to logistical problems in the US and the US dollar's strengthening against some of the major Asian currencies.

In comparison to rivals Brazil and Argentina, US corn export prices are currently uncompetitive.

Due to the depreciation of its currency in relation to the US dollar, Egypt, a significant buyer of feed grains in North Africa, has seen a decrease in demand.

Following the extension of the grain corridor period, the Egyptian poultry industry is seeking small vessel supplies from Ukraine rather than purchasing 60,000 mt corn shipments from the US or South America, he said.

In 2021–22 (October–September), Egypt imported 9.6 million metric tonnes of corn, based on data from the US Department of Agriculture (USDA)

The pandemic-related lockdowns have caused China's corn imports to be lower this year compared to the last two years.

Customs data showed China imported 19.01 million metric tonnes of corn between January and October, a decrease of 27.5% from the previous year.

Despite worries regarding the country's feed grain demand in 2023 due to an increase in COVID-19 cases, there are also indications that consumption may increase in the future.

In addition, corn prices are rising in China, which is unusual during the period following the corn harvest.

Recent agreements between China and Brazil have opened the door for Brazilian corn to enter China. The majority of China's corn imports came from the US and Ukraine.

Sifferath said, the global trade balance sheet really doesn't change, but it does give the US some competition into the China market. He said China does not want to be tied to just one supplier, especially if they have to purchase 15–25 million metric tonnes of corn.

Chian's corn imports from the US has decreased significantly in the 2022–2023 season compared to the season prior.

USDA data showed the total amount of US corn exports in 2022–23 (September–August) was 5.43 million metric tonnes, down from 8.71 million metric tonnes in the previous year. Sifferath said China may try to import as much corn from Brazil as it can until US corn becomes more affordable.

The flow of corn from Brazil to other regular buyers will probably be impacted by the entry of another large buyer.

He said China's increased imports of Brazilian corn would mean that about that much will not be shipped to North Africa, South Korea, Japan, or even Europe.