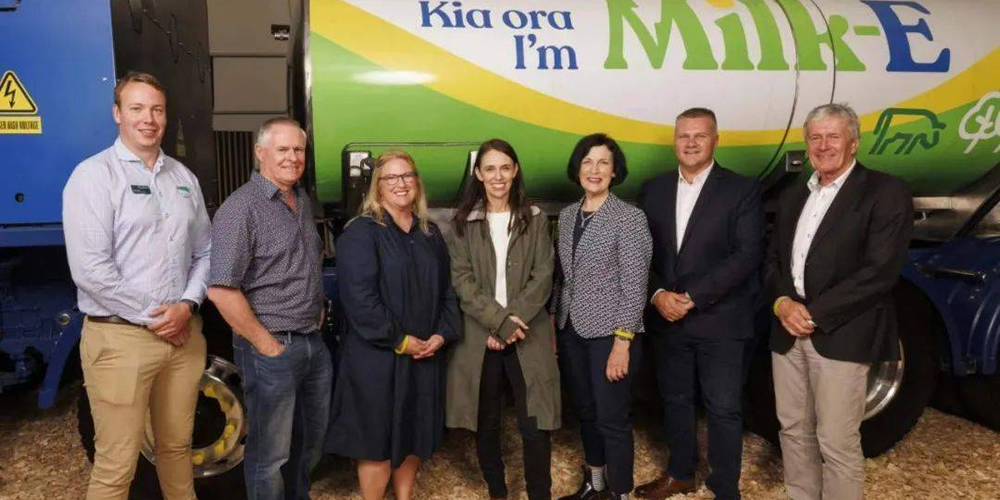 The 290-hectare property where the pilot project will take place will be shared with other farmers in an effort to increase adoption. Farmers can use the methods and innovations for their own farms.

The Institute for Agriculture and Trade Policy (IATP) found that 11% of all global livestock emissions and 3.4% of all global methane emissions are attributed to 15 of the biggest dairy companies in the world, including Fonterra.

New Zealand tried to impose a tax on farmers last month for the emissions produced by their cattle. But in addition to the pollution produced by the cows themselves, dairy products also produce pollution.

New Zealand has the world's smallest milk carbon footprint. The country's agricultural livestock emissions are primarily from the dairy industry, at about 50%. Additionally, a quarter comes from biological emissions from dairy.

Miles Hurrell, chief executive of Fonterra, said New Zealand already offers some of the world's most environmentally friendly nutrition through its pasture-based dairy system As a result of this new partnership, the country will increase its low-emissions competitive advantage over the rest of the world.

One of the biggest dairy producers in the world, Fonterra will contribute to the net zero milk project's goal of reducing emissions thanks to its pasture-based farming practises, favourable climate, and productive workers.

The announcement follows Fonterra's earlier announcement that it intends to set a target for Scope 3 emissions. This source also includes farm emissions, which are essential for satisfying customer and export market demands for sustainability.

Hurrel said this New Zealand pilot programme will be the first of many international initiatives. Both Nestle and Fonterra will benefit from the dairy farm project in terms of achieving their climate goals. By 2050, both intend to have net zero emissions.