ADDCON GmbH of Germany and Mengniu Group of China have agreed on a strategic cooperation which aims to further improve silage quality and quantity in China.

One of the key factors in the agreement is to give more focus on the Kofasil silage additive product range.

On November 12, the group visited a dairy farm near the city Halle with 1,000 dry cows and 1,150 dairy cows. During the farm tour the group saw the 'totally' automatic system.  There were only 4 workers for 1,150 dairy cows, with the farm owner able to control everything at home with a smartphone. The guests asked several questions, and compared the differences between the Chinese and German dairy cow industry.

After the farm tour, the group went to visit Agravis, one of the biggest agricultural cooperatives in Germany. The Mengniu team expressed great interest on the German experience of dealing with cow manure as the topic has today become a top challenge for large-sized dairy farms in China.

Later that day the study tour continued in the city of Halle, where a meeting with Prof. Annette Zeyner, Head of Animal Nutrition Group, Institute of Agricultural and Nutrition, Martin Luther University, took place. One of the reports about adding amylase in TMR and its possible increase on milk yield drew much attention. Also Mr. Zhang Jian discussed several topics of major interest to Mengniu recently. Those included: How to make high quality silages especially with wheat and alfalfa silages; Alternative protein sources other than soybean; Manure handling and its distribution to cropland.

At the end of the discussion Mengniu invited Prof. Zeyner and Dr. Milimonka to visit China and Mengniu HQ in the near future. Mengniu has plans to establish a bridge between Mengniu China and German universities. 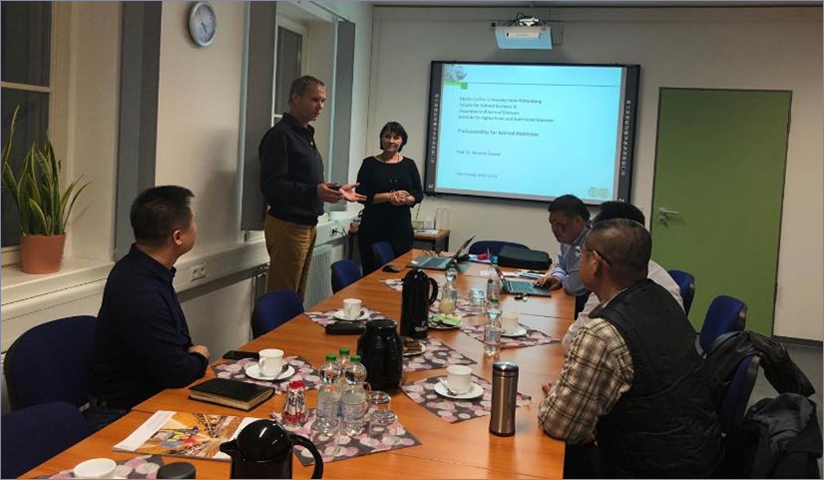 On November 13 the group went to Bitterfeld to visit ADDCON HQ. There, the Mengniu team was greeted by Mrs. Julia Kochannek, CFO and co-owner of ADDCON. Dr. Andreas Milimonka gave a presentation about the group of companies and the products and solutions for different kind of silages.
Mr. Zhang Jian showed great interest on ADDCON's solutions for wheat silage; he said that their cooperation should start with wheat silage starting next April. He also invited Dr. Andreas Milimonka to visit China next April and guide them on how to make high quality wheat silage.

After the meeting, Dr. Andreas Milimonka showed the group ADDCON's office, its two production sites, and the R&D labs.

On November 14, the Mengniu team continued its trip to the EuroTier exhibition in Hanover where the framework agreement with ADDCON GmbH was officially signed. Their 2 colleagues from Meng Niu international resource center and Mengniu-Arla Foods also joined the event. 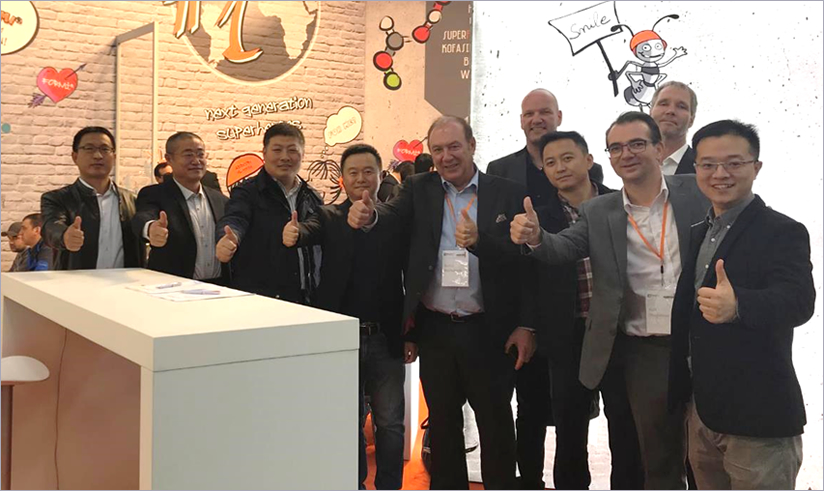