Additional 1.8 million chickens to be culled in Nebraska state, US due to bird flu 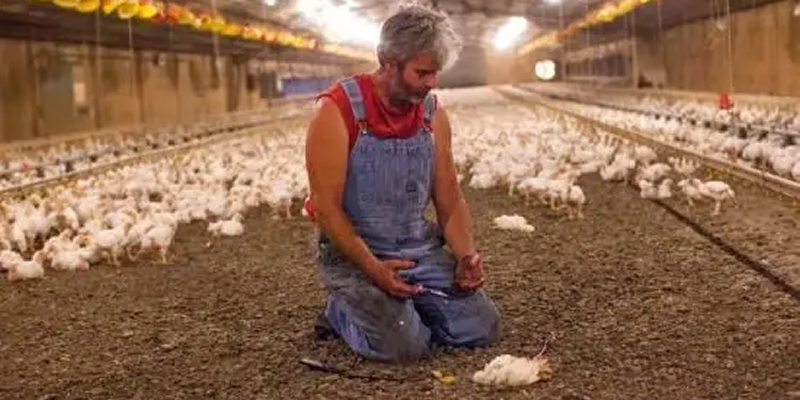 Agriculture officials from Nebraska state, US said a further 1.8 million chickens will be culled after bird flu was detected on a farm, as the virus outbreak has resulted in more than 50 million birds slaughtered throughout the country, ABC News reported.

The 13th case of bird flu in Nebraska was discovered on an egg-laying farm in Dixon County, northeastern Nebraska, about 193 km north of Omaha, Nebraska, the Nebraska Department of Agriculture said.

All the chickens on the Nebraska farm will be culled in order to stop the spread of the virus. The US Department of Agriculture said this year's outbreak has resulted in the slaughter of more than 52.3 million birds across 46 states, primarily chickens and turkeys on industrial farms.

Most previous bird flu outbreaks petered out during the summer, but this year's strain has remained and reemerged this fall, killing more than 6 million birds in September.

Wild birds that migrate are the main carriers of the virus. Wild birds can frequently carry the illness without displaying any symptoms. The virus can contaminate dust and soil when it enters the environment through the droppings or nasal discharge of an infected bird.

Commercial farms have implemented several measures to stop the virus from infecting their flocks, such as requiring employees to change before entering barns and sanitising trucks as they approach the farm. But the virus can be challenging to manage.

Because human cases of the virus are extremely rare and infected birds aren't allowed to enter the country's food supply, officials claim there is little risk to public health from the virus. Additionally, properly cooking poultry to will kill any viruses.

The bird flu outbreak has contributed to rising chicken and turkey prices as well as the soaring prices of feed and fuel.