At EuroTier 2016 in Hanover, Germany, Olmix organised various events to update its customers on its strategy and latest developments and innovations.

"By caring about its image the industry will gain the public favours," said Hervé Balusson,

Olmix sees working as "antibiotic-free" partners as one way to reach this goal. This can be achieved through initiatives such as "Thanks to Algae", in which scientific proof was given during Breizh Algae Tour conferences in Amsterdam prior to EuroTier.

There Dr. Martin Scholten, General Director Animal and Marine sciences, Wageningen University and Research, emphasised how algae can play "a great role" in modern and sustainable farming for the future.

At EuroTier, feed manufacturers from around the world, particularly from Europe, came to pick up a feed mill art picture, signed by the photographer, Laurent Bellec, and delivered by Olmix President and CEO Hervé Balusson. 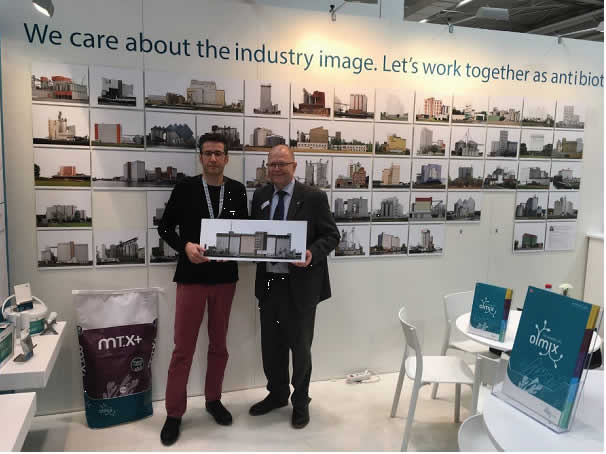 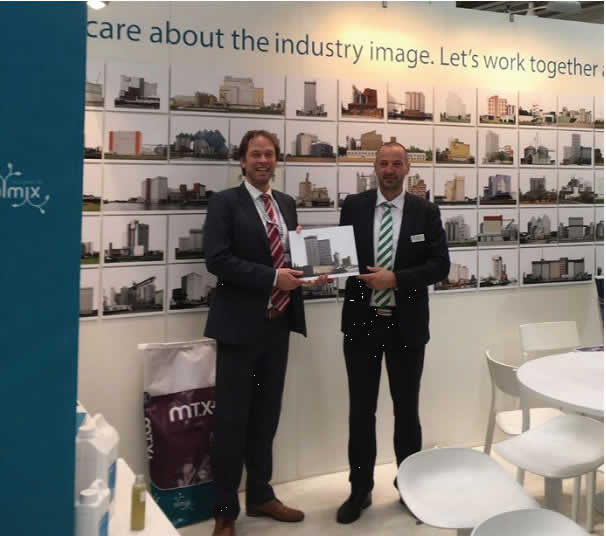 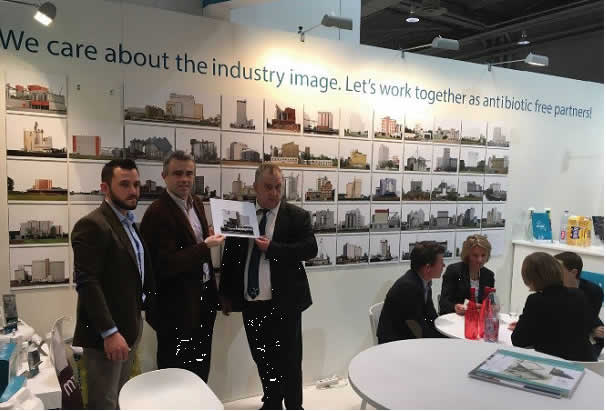 Olmix also offered its partners and customers "an algae-based dinner" at its booth on one evening, where they had the chance to taste pates or yoghurts with algae and also appreciated "antibiotic-free chicken Thanks to Algae" at an Olmix foodtruck.

More than 150 participants from more than 25 countries gathered for the dinner.

Olmix had made the proof on-field that it is possible to raise chicken without antibiotics as part of a healthy food chain. The use of algae and more particularly bioactive molecules extracted from algae (MSPs: Marine Sulphated Polysaccharides) were seen as bringing a promising future for that project.

Olmix Myco'Calculator permits the calculation of the optimum dosage of MT.X+ and MMi.S  toxin binders depending on the type of analysis, the animal species, the stage of the animal, the profile and level of mycotoxin contamination and the health status of the farm. The calculator also has the capacity to handle complex polycontaminations as calculations are based on 13 major mycotoxins, and is able to provide a dosage recommendation with a precision of 100 g/tonne.