India will take steps to curb increase in wheat prices 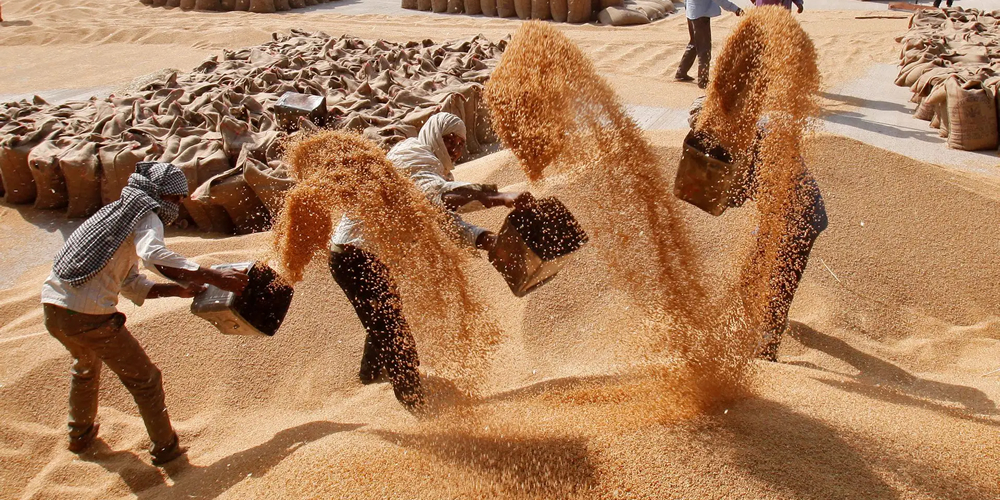 The government of India said it will take steps to curb a possible increase in wheat prices, as it closely monitors rates in the retail market, following a wheat export ban announced in May 2022 to boost domestic supplies and control prices, India Today reported.

The Food Corporation of India said the government is purchasing more of the Kharif crop this year than it did in 2021. Sanjeev Chopra, secretary of the Department of Food and Public Distribution, said the purchases exceeded the government's mandated buffer levels.

A consortium of farmers recently met with Nirmala Sitharaman, the Union Finance Minister, to discuss removing restrictions on wheat exports. The minister's secretary said food security comes before all other concerns, and the decision to lift the export restriction will be made in accordance with that.

Ashok Meena, the CMD of Food Corporation of India's, said that wheat procurement decreased due to the global scenario at 188 LMT compared to 433 LMT last year. He said that the government regularly tracks the price situation for necessities and responds as necessary.