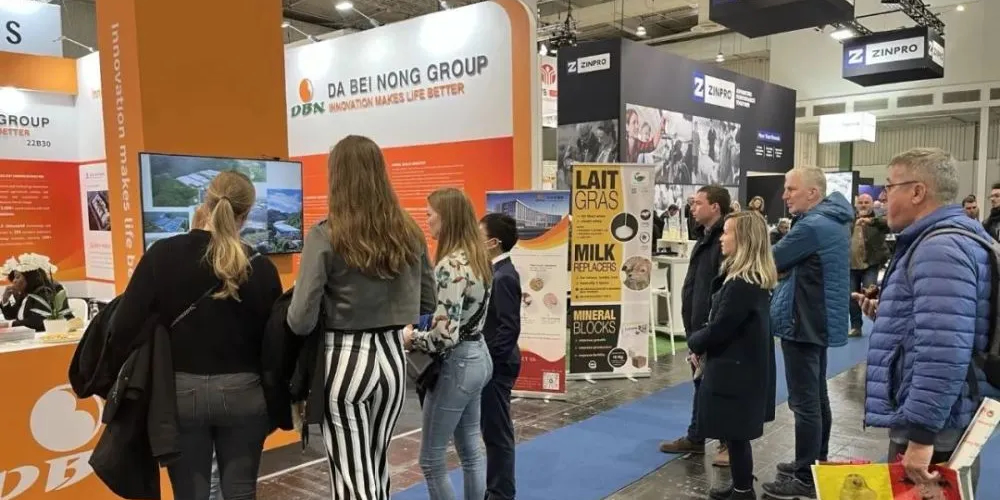 This year's EuroTier show, which was held in Hanover, Germany, on November 15-18, welcomed industry players from various segments of the livestock and feed industy — and this included China's DBN Group which attended its first international industry event outside its home country.

At the show, DBN announced the official establishment of its regional headquarters in Europe, in the Netherlands. Among the company's delegation at the event were Dr. Zhao Yarong, the group's senior vice president and president of Zhaofeng Hua Research Institute, and Fan Lihui, the group's vice president, as well as leading members from the overseas business division and representatives of various industries.

Exhibiting under the theme of "Innovations for a Better Life", DBN Group showcased its innovative achievements in the field of animal nutrition and vaccines while also revealing details of its grand blueprint for the future in overseas markets.

DBN Group took advantage of the event to hold comprehensive and in-depth exchanges with its international peers, with discussions held over possible cooperation, especially in animal breeding and healthcare.

DBN Group has set its sights on transforming itself into a global agricultural company competing in markets around the world by 2035 with the aim to enhance its international influence while building recognition of the DBN brand.

The company will cement its status as a major international employer capable of attracting top talents from all over the world, while doubling down on efforts to establish official business relations with international companies worldwide and pursue opportunities for cross-border cooperation, DBN Group said.