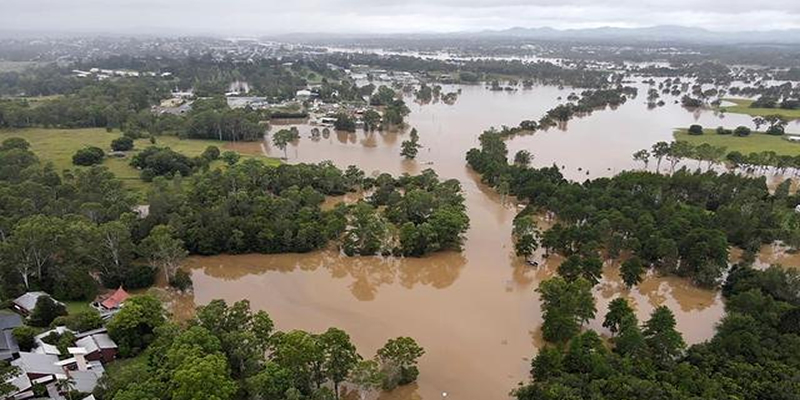 Floods in eastern Australia could affect the quality of the country's wheat harvest, as it could turn an unusually hefty chunk of the harvest into grain fit only for animal feed, The Straits Times reported.

The international wheat market was counting on Australia's bumper harvest to ease worldwide supply shortages and ease food costs. Australia is one of the biggest exporters of wheat in the world.

There is a growing premium for eastern milling wheat over the feed variety, which reached a record high this month.

James Maxwell, senior manager at Australian Crop Forecasters, said there is a growing demand for more general-purpose wheats with lower protein contents due to the lack of milling-quality grain along the east coast of Australia this year.

Although general-purpose wheats like Australian Standard White (ASW), which is classified as a milling grade, are purchased by Indonesia and the Philippines, Maxwell said that this classification does not frequently carry a sizable premium.

He said it is no surprise to see the higher proteins go up, but ASW - a little more, because normally ASW is priced a little bit lower, adding that the increased price may be a sign that the market is preparing for a massive downgrade of the crop into animal feed.

Because of the weather, farmers have been unable to start harvesting their crops in the fields, making it difficult to predict how the flooding will affect the quality of the wheat in eastern Australia. According to forecaster Maxar, New South Wales is expected to continue experiencing rainy weather the following week.

All indications point to higher prices for any grain that offers the bare minimum in terms of protein content, Maxwell said, as analysts and farmers are just beginning to understand the patchwork of good to bad in terms of the harvest.

That could be painful for China. The nation, one of the biggest importers in the world, is purchasing more goods from Australia than ever. Bloomberg calculations and customs data showed more than 60% of Australian imports into China in the first 10 months of 2022 were more than double the share for the entire previous year.

In Western Australia, another significant growing region, where the local industry association anticipates another bumper crop, rains have also slowed the harvest in some areas.

The US Department of Agriculture said wheat exports for Australia could still reach 26 million tonnes this season, nearly three times the amount in 2019–20 when supplies were reduced by drought.