Impact of PRRS & SIV and how spray-dried plasma (SDP) helps

Impact of PRRS & SIV and how spray-dried plasma (SDP) helps

Porcine Reproductive and Respiratory Syndrome (PRRS) is a viral disease characterized by two overlapping clinical presentations, reproductive impairment or failure in breeding animals, and respiratory disease in pigs of any age.

CAUSES OF PRRS IN PIGS

Pigs can get the PRRS virus through multiple routes, including oral-nasal, intra-muscular, intra-peritoneal, semen and vaginal infection. Once a herd becomes infected, PRRS virus establishes an endemic cycle of transmission that results in chronic or recurring episodes of reproductive and/or respiratory disease. Heat stress, seasonal changes, and co-infections including swine influenza virus (SIV) and mycoplasma pneumonia with PRRS significantly influences the severity of the disease. 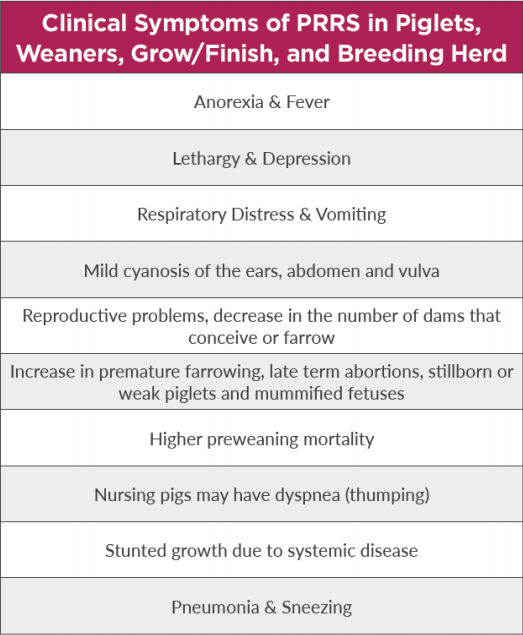 PRRS imposes a substantial financial burden on swine producers and impacts all phases of production (breeding herd, nursery, and grow/finish pigs). Along with increased abortions and still births it is estimated that annual revenue losses exceed more than $1 billion dollars and results in 8 million fewer pigs weaned in the United States alone.

How can nutrition help pigs experiencing symptoms of PRRS or SIV? The answer may include feeding plasma functional proteins. 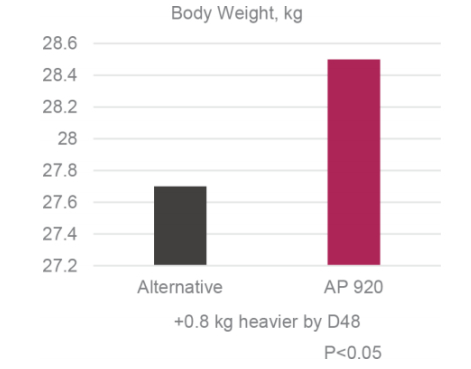 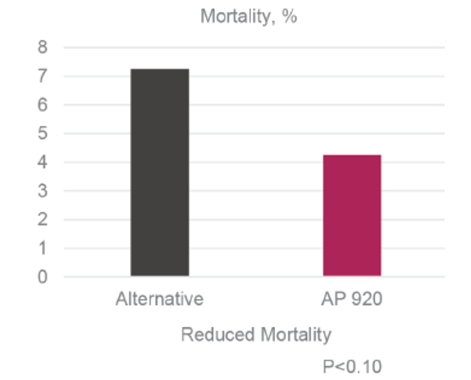 PRRS positive pigs fed SDBP diets had lower mortality (21 of 480 pigs) compared to the control group diet that did not contain SDBP (35 of 480 pigs). At the end of the study mortality rates were 40% lower for pigs fed diets containing SDBP.

Pigs were positive for PRRS, SIV and PCV2 and having high mortality rates 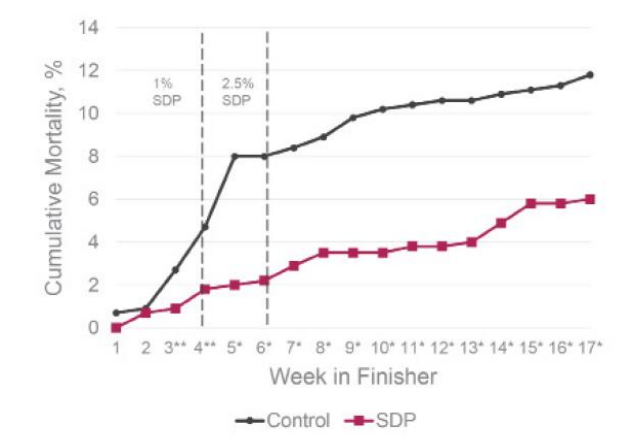 Pigs fed diets with SDBP & Solutein in drinking water had better ADG and lung lesions were reduced during SIV challenge. 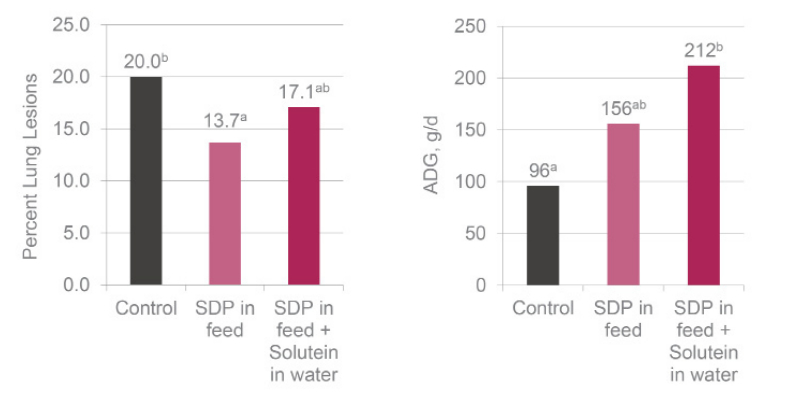 Research trial results demonstrate that using plasma functional proteins in feed or drinking water can be effective in helping pigs in all phases of production better cope with the negative and detrimental effects brought on by PRRS and other common respiratory disease like SIV. Plasma helps to minimize the effects of stressors and get animals back to normal quickly, effectively, and consistently.

Article made possible through the contribution of APC