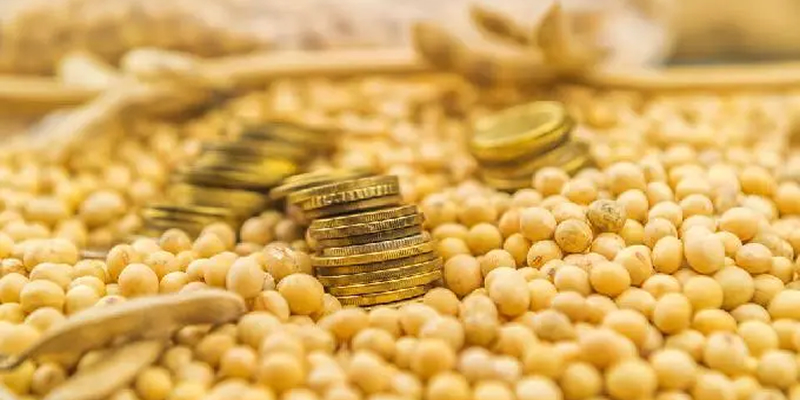 China, the biggest producer and consumer of soybean meal in the world, is considering to permit large-scale soybean meal imports from Brazil as it faces a domestic shortage, but market participants doubt crushers will import even if China approves, Hellenic Shipping News reported.

Chinese crushers have had to drastically scale back their operations as a result of a drop in soybean cargoes since July. Third-quarter imports were down 9.1% year-on-year, which has caused a decrease in soybean meal production and an increase in spot soybean meal prices since August.

Data from China's General Administration of Customs showed the country's imports of soybeans fell 19% year over year in October to 4.14 million metric tonnes, the lowest October volume since 2014. Soybean meal spot prices increased 5.6% month over month as a result, and the current spot price is up 61% from this time last year.

As crushers continue to buy on a hand-to-mouth basis, demand coverage for nearby shipments is still low, and the soybean meal market is anticipated to remain constrained through Q1 2023, according to multiple sources. As of November 14, only 4.6 million metric tonnes of the total open soybean demand of 6 million metric tonnes for shipments in December had been met, whereas coverage for shipments in January was at 25%.

A source at a major Chinese crusher said downstream feed sectors are already concerned about the supply of soybean meal for delivery in March and April 2023 because there are no signs the market is willing to increase open demand for soybean shipments in December and January.

Following China's recent decision to open its markets to Brazilian corn imports, the shortage has prompted Chinese authorities to consider allowing large-scale imports of soybean meal. Only one cargo was recorded in 2021–2022, with Brazil being the most likely supplier.

There has been market discussion about the potential effects of the option on China's feed millers as the documentation process for soybean meal imports is in progress and may soon be completed.

Brazilian meal offers, according to Chinese crushers, are already available for shipments due in December; these shipments will most likely arrive in China in February 2023, following the Lunar New Year.

Most market participants, however, questioned whether China's feed industry would import soybean meal from Brazil if the opportunity presented itself. This was because feed millers were untrained in importing, futures pricing, and foreign exchange hedging, and used to buying soybean meal from local crushers in yuan and paying transport fees only from the crusher.

Theys said importing Brazilian soybean meal would require paying for cargoes in US dollars as well as port transportation expenses, which might be more capital risks and expenses than feed millers could handle.

A trader in soybean meal said the product has a limited shelf life and the risk of quality degradation rises with shipments from Brazil to China.

He said maritime transport could result in high moisture content in storage conditions that will lead to quality deterioration, adding that feed millers typically purchase soybean meal from local crushers and crush it within 1-3 months of collection.

Multiples sources have said China's domestic soybean meal shortage is also anticipated to gradually improve over the first half of 2023.

A Chinese trader said the anticipated higher import volume in December would ensure that the supply of soybean meal is relatively sufficient during the festival period of Lunar New Year.

A Chinese crusher source said after the Lunar New Year, demand for soybean meal would decline because lower hog inventories from the celebrations would counteract lower imports of soybeans in February and March.

Another Chinese crusher said that farmers would be restocking hogs and poultry during March and April, so demand for feed will recover significantly at the end of Q2.

She said that there was a chance that Chinese crushers might consider importing soybean meal from Brazil.

A Chinese trader said this price arbitrage would only take place if Brazilian soybean meal was relatively less expensive than Chinese soybean meal due to Brazil's high inventories or higher than anticipated crushing activity.

Both crusher and trader sources did not anticipate this to happen anytime soon.

A feed procurement manager in Indonesia said they understand that China entering to buy Brazilian soybean meal could shake the market, but they do not see the market being affected as of yet.

Vietnam also imports from Brazil, but 60% of its 5.2 million metric tonnes of annual imports of soybean meal come from Argentina.

A trader based in Vietnam said only the largest feed millers use Brazilian soybean meal due to its higher crude protein content; others prefer to import from Argentina, so this won't have a significant impact on them.