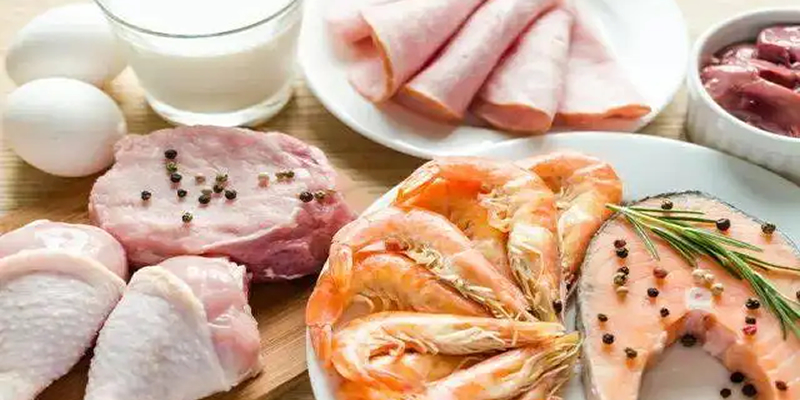 JBS's diversification into different regions and animal proteins will play strong dividends, as the United States faces a reduction in beef production due to the effects of drought and higher inflation sets in some parts of the world, the company said.

"JBS is not just beef in US – in US, we have chicken, we have pork, we have value-added (prepared) foods," he told analysts. "We have a strong presence in Australia in beef and lamb, salmon and pork, we have presence in Brazil and we have presence in Europe. I think JBS has a diversified platform that is practically unmatched globally and this allowed us to navigate in these different cycles, the natural cycles of our business and the global economy.

"I believe that the market (investors) still have not recognised this as a huge competitive advantage that JBS has, because it means we can neutralise one cycle with another, one geography with another, or one protein with another."

During periods of market stress it would be shown how important this was, Tomazoni said.

JBS's overall business recorded its highest net revenue in history at R$98.9 billion (US$18.4 billion), and annualised revenue close to R$400 billion (US$74.3 billion), making it the largest food company in the world in terms of revenue.

For its Australian business, JBS reported net revenue last quarter of US$1.7 billion, an increase of 19% compared to the same time last year. Adjusted EBITDA for Australian operations was US$59 million, down 49%. EBITDA was pressured due to higher Australian cattle prices, which remained at very high levels, driven by the long rainy season and reducing availability, investors were told.

JBS' sales in the Australian market represented 41% of total Australian revenue in the July-September quarter, 26% higher than last year, driven by the additions of Huon salmon and Rivalea pork, both of which have a strong focus on the domestic market.

Recovery in demand in the retail and food service channels was another reason for strong Australian domestic sales, the company said.

In the export market, JBS Australia's net revenue increased 15% compared with the third quarter of 2021, explained by higher average meat prices. The beef component of the Australian business had net revenue increase by 24% versus last year, driven by a 26% increase in prices. Beef sales to the domestic market rose by 29% with exports going up by 23% compared to last year, JBS said.

The company also cited the lack of availability of labour, impacting Australian beef plants' capacity to operate at optimum levels.

For its US beef operations, JBS recorded a large profit drop, with a 73% year-on-year decline in EBITDA of US$403.1 million. Net revenue was US$5.55 billion, down 5.2% from last year. Beef margins in in the quarter faced a year-on-year impact given the acceleration of expected changes in market conditions, JBS said.

Tomazoni described JBS' US beef business as returning to a normalised margin next year, after reaching historic highs in 2021. He said this movement was widely anticipated in the market.

Speaking more broadly about the global company's performance, Tomazoni said: "We are experiencing a period of rising costs, including electricity and other energy, grain and other inputs causing increases in inflation in several countries, impacting our cost structure and the consumer behaviour – especially in Europe."

Several analysts asked about outlook for next year, particularly in the US beef operations hard-hit by drought this year

JBS US division chief executive officer Wesley Batista said the company saw US beef margins coming back to normal levels next year, which was "around mid-single digits."

"This will highlight this change in cycles that we're seeing," he said.

Analysts also asked about progress in JBS's plans to list on the New York Stock Exchange. JBS is currently listed in Brazil only.

"The listing is our main priority," Tomazoni said. "We continue to work on the process and are looking for the best structure that unlocks great value for shareholders. And we are not talking about the market conditions – that is not a variable that is being considered, because it will not be an IPO; it will be a listing and we have done some work in this direction. We keep working – it's not a question of if, but when we will list. But for sure we keep it as a priority."