Thailand's Prantalay poised for market leadership with new brand Sushi
An eFeedLink Exclusive
At first glance, everybody thinks "Sushi" is a new brand. Indeed, it is a newcomer in Thailand's ready-to-eat market. But, it is no greenhorn. "Sushi," in fact, is a new brand under the umbrella brand "Prantalay," one of the biggest manufacturer and distributor of frozen seafood products in the kingdom; a part of the Union Frozen Foods Product Group which is a name to reckon in the Thai frozen food industry for more than 23 years.
The group, and especially Prantalay Marketing Co., Ltd., continued its solid growth record last year despite the current global economic meltdown, and gave birth to a new star in the ready-to-eat market with "Sushi."
Prantalay earned a whopping THB750 million as its total sales last year, according to Anurat Khokasai, chief marketing officer and chief operation officer of Prantalay Marketing.  He said 30 percent of ready-to-cook frozen seafood products sales had been pegged at THB225 million, 33 percent of ready-to-eat frozen seafood products at THB247.5 million, 35 percent of Sushi products at THB262.5 million and 2 percent of other product categories at THB15 million.
"The company expects to make THB250 million in this last quarter - before the year ends, depending on the state of the economy and on how the volatile political situation in the country develops," says Anurat. He believes that with the holidays just around the corner, when consumers are expected to spend more, Prantalay is set to accomplish THB1 billion total sales before the end of this year.
Anurat is especially optimistic with the Sushi brand and has launched a campaign to promote the latest premium quality brand, "I Love Sushi by Prantalay." The campaign aims to penetrate B+ consumers and above.
"The company sees big opportunities and found new channels to expand the distribution of Sushi products," he says. "Prantalay plans to increase its market share with the latest campaign."
The new brand is to be distributed through two channels nationwide with a modern trading and delivery scheme throughout the Sukhumvit areas, where the main target - Japanese businessmen - lives or works. In addition, the company plans to invest in enhancing the brand image by changing the look of the shop displays and made them more eye-catching.
"The quality and freshness of the products are taken seriously at Prantalay," says Anurat, "and the company has exclusively selected certified sushi chefs. With this new campaign, Prantalay estimates to make THB350 million sales."
The sushi market is one of the fastest growing sectors in the Thai frozen food industry. The total THB6 billion value of sushi products sales consists of sales in Japanese eateries and other restaurants.  The market for sushi alone is worth THB500 million.  It is predicted that in 2008, there will be an increase of total market value at around 30 - 35 percent as a result of the increased popularity of sushi among consumers.
Prantalay aims to corner 70 percent market share in trading at 5.83 percent of the total market value, which will make additional THB100 million and up the trade market value to THB450 million.
"With our marketing strategy, and coupled with advertising and PR schemes throughout the year supported by a budget of THB20 million, I am confident that consumers will take to 'I Love Sushi by Prantalay' easily," says Anurat. "We really see the brand generating more than THB350 million this year, topping up the total sales of Prantalay last year, and achieve THB1 billion as we expected."
Prantalay is also seriously considering the expansion of its market worldwide.  They have already started distributing products within the "Prantalay" in Singapore and plans to expand to the EU and the US soon are afoot. 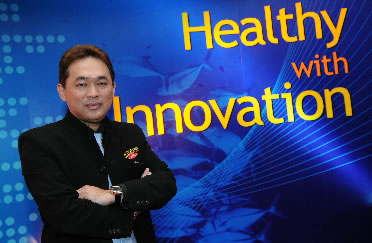 All rights reserved. No part of the report may be reproduced without permission from eFeedLink.
Video >
Technical Paper >
Effective moisture management for profitable feed milling
Producing high-quality feed while striving for highest profitability is no new strategy to feed millers. It is, however, easier said than done considering many factors affecting fe ...
Modelling the feed intake response of growing pigs to diets contaminated with mycotoxins
Quantifying robustness of farm animals is essential before it can be implemented in breeding and management strategies. A generic modelling and data analysis procedure was develope ...
The role of non-animal origin feed ingredients in transmission of viral pathogens of swine: A review of scientific literature
The emergence of porcine epidemic diarrhea (PED) in commercial swine in North America and growing concerns about the potential for the introduction of African swine fever (ASF) fro ...