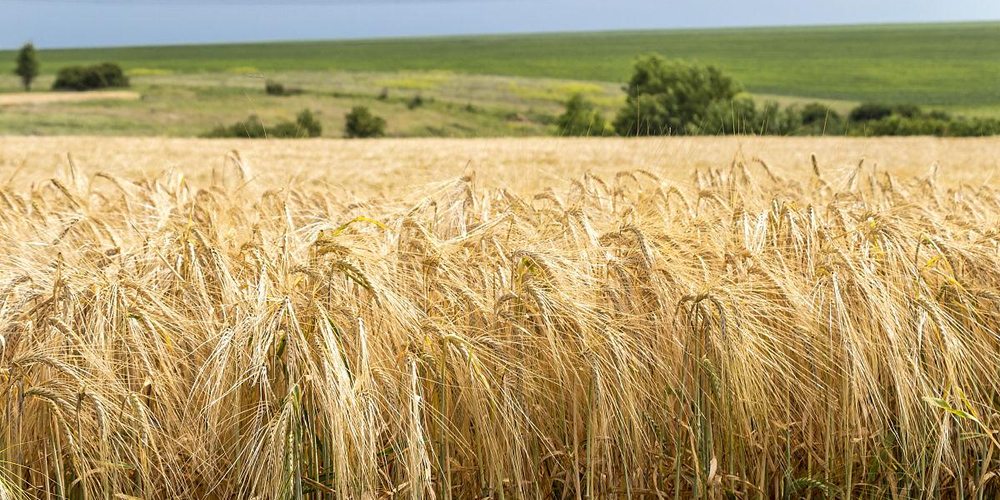 Ukraine sparse wheat plantings this year, due to war, rain, and economic issues, will result in the country losing out in key export earnings for 2023, leading to another year of tight global supplies and surging prices of the commodity, US Today reported.

With Egypt, Tunisia, Morocco, Indonesia, Pakistan, and Bangladesh among its top buyers, Ukraine is one of the world's largest exporters of wheat. If production continues to decline, more nations will start looking for alternative sources of supply.

The rush to get the grain will drive up global prices and even hurt importers who don't buy from Ukraine directly.

Dutchman Kees Huizinga, who manages a 15,000-hectare dairy and crop farm in central Ukraine, said farmers planted very little in the fall because they would rather wait and see what happens the following year, adding that people just want to see what happens, sit on the money, or maybe they don't have any money, as there are various reasons.

The Agricultural Market Information System (AMIS), established by G20 members to promote global food security, has issued a warning that another subpar harvest in Ukraine would result in an increase in global stockpiles for at least another year and that markets would remain volatile and prices would remain high.

The COVID-19 pandemic, climatic shocks, and high energy prices are all occurring at the same time as the food crisis.

Analyst Georgi Slavov of broker Marex Solutions said he is worried that rising food prices won't just be a result of the issues in Ukraine. He said the costs of labour, fuel, fertiliser, and transportation are high for all other producers.

Contrarily, because it is difficult and expensive to transport crops through the war-torn nation of Ukraine to export hubs, prices paid to farmers there continue to be extremely low.

Dmitry Skornyakov, managing director of Ukrainian agribusiness HarvEast, said everyone saves money and plants with minimal costs (including less fertiliser use), resulting in a very significant drop in yield next year.

Alexander Karavaytsev, a senior economist at the International Grains Council, said lower fertiliser application could also have a detrimental effect on crop quality, adding that chernozems (black soils), which are the most fertile soils in the world, are understood to have a certain buffer due to farmers' investments over the past few years.

A sharp decline in production is also likely to cause Ukraine's earnings from wheat exports to fall significantly below the US$4 billion threshold in the 2021/22 season.

According to government data, by November 7, farmers had sown 3.6 million hectares of winter wheat, down 41% from 6.09 million at the same time last year.

For the harvest in 2022, Ukraine has sown about 6.1 million hectares of winter wheat. However, only 4.6 million hectares have been harvested due to Russian forces occupying a sizable portion of the country since their invasion in February.

Sebastien Poncelet, an analyst at Agritel, a French crop consultancy with a Ukrainian office, said it is a triple effect of weather, economic, and technical factors, like the inability to enter fields.

Prospects, however, also depend on whether exporting from Ukrainian ports is permitted by a United Nations-led agreement that was signed on July 22 but expires on November 19.

Despite some concerns from Russia about how the agreement will function, there is hope that it will be extended and allow agricultural products to be exported from three Ukrainian ports.

Since exports will only be possible via overland routes leading from western Ukraine to the European Union, prices within Ukraine are likely to decline even further, especially in eastern and central Ukraine.

Denys Marchuk, Deputy Chairman of the Ukrainian Agricultural Council, said the ability to export by sea affects a lot, and one of the reasons for the decline in sown areas this autumn was the lack of funds for farmers, as they could not sell grain at (world) market prices.

He said they will experience a decline in harvests if export by sea from Ukraine is unsuccessful, adding that the cereals initiative will continue, but corn in particular will decline.