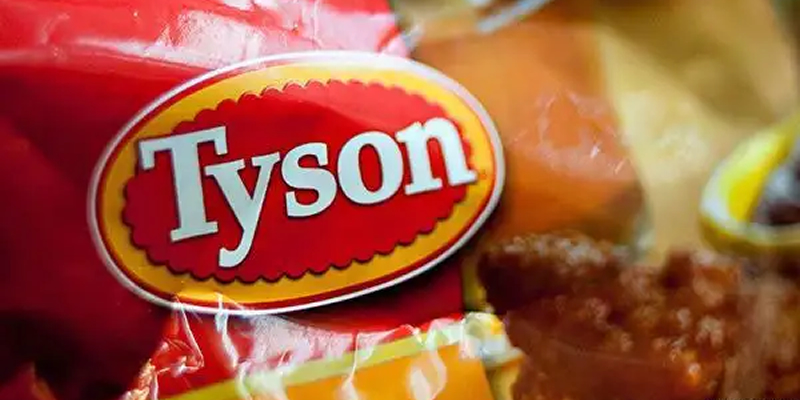 Major US meatpacker Tyson Foods has projected full-year sales above estimates from Wall Street, which indicates increased demand for its more expensive chicken and beef even though the country is coping with decades-high levels of inflation, Newsbreak reported.

The consumer response to price increases implemented by packaged food producers due to rising costs has been surprisingly muted thus far.

According to IBES data from Refinitiv, the Springdale, Arkansas state-based company forecast full-year 2023 sales between $55 billion and $57 billion, versus analysts' expectations of $53.60 billion.

But analysts are concerned that as consumers search for more affordable options, rising interest rates and soaring inflation could reduce demand for expensive steaks.

Even though Tyson increased prices by an average 18.2% during the quarter, sales volume at the company's chicken business, which is the second-largest after beef, increased by 1.1%.

The company, however, fell short of expectations for adjusted profit as its margins remained under pressure from rising animal feed costs and surging commodity prices, which were brought on by lingering supply chain issues that affect the industry as well as the conflict in Ukraine.

In the reported quarter, Tyson's operating margin was 5.6% as opposed to 14.9% a year earlier.