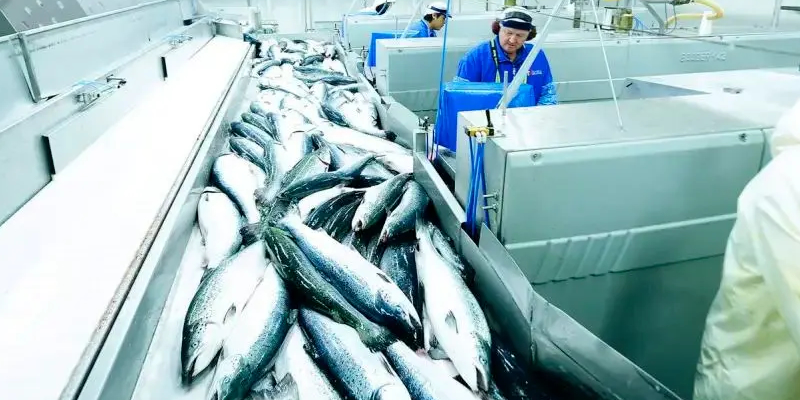 The company explained how limited layoffs related to harvest volume have been the norm for many years. However, it insisted the scale of these redundancies is "mainly because the government's proposal for a new salmon tax has destroyed the market for long-term fixed-price contracts". SalMar said such contracts are usually entered into well in advance of deliveries, and are "absolutely necessary" for providing the plants with enough processing activity.

The move comes less than two months after the Norwegian government revealed plans to introduce a new 40% resource rent tax on aquaculture, with effect from January 1, which would affect producers of salmon, trout and rainbow trout. It would be added to companies’ existing tax bill of 22%.

With the news of the proposal, other Norwegian firms in the sector, including Cermaq, Mowi and Lerøy Seafood Group, announced they were shelving investment plans.

In its statement announcing redundancies, SalMar said: "The government’s proposal, if adopted, entails a tripling of the tax on salmon production in Norway. Taxable income as a basis for the new tax shall be a spot price for whole fish, which may differ significantly from the actual realised sales price of a varied product and contract portfolio. This has a particularly negative impact on processing, which is normally based on fixed-price contracts, not spot prices."

It added: "SalMar finds the current situation deeply regrettable. In the time ahead, we will do our utmost to find remedial measures in a difficult and demanding situation for everyone. This will be done in close cooperation with the employees and their representatives. Such measures may, for example, include maintenance, competence building and the possibility of partial employment at other departments in the company."