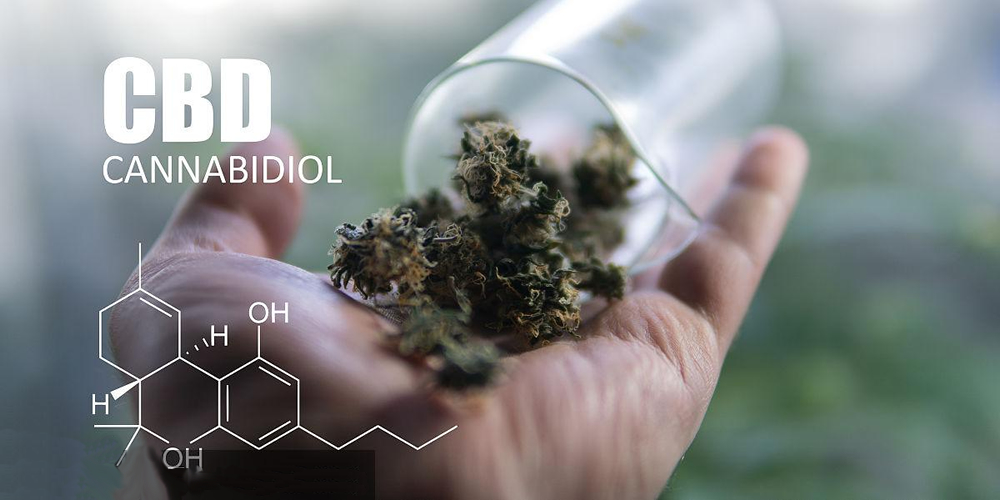 A new study from Germany has found that dairy cattle fed industrial hemp produced milk with detectable levels of the molecular compound THC, the main psychoactive compound in cannabis that produces the high sensation, which could affect the use of hemp as a livestock feed ingredient, Washington Post reported.

The dairy cattle also displayed altered behaviour, such as excessive yawning and salivation, shaky footwork, standing still for extended periods of time, and a "somnolent appearance."

One of the first significant studies into the use of industrial hemp as a potential feed supplement was conducted on Holstein cows in Berlin and was published in the journal Nature Food.

Current US law prohibits THC from entering the food chain. The term "hemp" refers to the Cannabis sativa plant. It has been raised by people for thousands of years. Among many other applications include the manufacture of rope. It was first grown at Mount Vernon by George Washington in the late 1700s, and it has recently been replanted there.

THC, or delta-9-tetrahydrocannabinol, is present in significant amounts in the cannabis plant's flowers. That is the chemical that gives someone who consumes it or smokes it a high. High-THC hemp is referred to as "marijuana" by the federal government, and it is still classified as a Schedule 1 drug under the Controlled Substances Act of 1970.

The marijuana plant that people grow in an attempt to produce their own weed is not industrial hemp. Industrial hemp is no longer classified as a controlled substance under the Farm Bill of 2018, provided that it has a THC content of no more than 0.3%.

Cannabidiol, also known as CBD, is another molecular compound derived from hemp that has seen tremendous market growth as a result of that legal change. It is typically promoted for its alleged health advantages.

The hemp industry is still growing as scientists and authorities sort through all of this. It still represents a very small portion of the market for agricultural commodities, but that could change. If government regulators approve it, hemp could be a great source of animal feed, according to Erica Stark, executive director of the National Hemp Association. She said that hemp seeds are high in protein and do not contain any THC.

Stark said the market is going to be enormous as there are currently animal feed shortages in this nation as a result of droughts and other crop failures, as well as complications as a result of the situation in Ukraine.

Cows given the entire hemp plant, which contained very low levels of THC, showed no behavioural changes, according to researchers at the German Federal Institute for Risk Assessment. The study found that the behavioural effects only materialised when the hemp plant's higher THC-content parts, such as the flowers and leaves, were fed to the animals exclusively.

The report showd that these effects included slowed breathing and heart rate as well as "pronounced tongue play, increased yawning, salivation, nasal secretion formation," and reddening of some of the eyes. One study found that some animals "displayed careful, occasionally unsteady gait, unusually long standing and abnormal posture."

In addition, the animals consumed less food and produced less milk, Robert Pieper, director of the institute's department of food chain safety and co-author of the new study said.

He said the impact on animal health is significant, vut he was unable to foresee how it would develop in the world of policy.

Through the Farm Bills of 2014 and 2018, industrial hemp was gradually legalised in the US amidst a broad but patchwork relaxation of marijuana prohibition laws.

Regulated restrictions apply to that legalisation, though. The FDA still considers THC, CBD, and other cannabinoids to be food contaminants.

Jeffrey Steiner, the director of the Global Hemp Innovation Center at Oregon State University, said we won't see CBD-enhanced milk on the shelf for a long time.

Hemp has been used in experiments by Steiner, who was not involved in the recently published research, as a feed additive for dairy cows, sheep, and poultry. However, he emphasised that his team has only been given permission to study hemp since 2019, and that much more work needs to be done before the plant is likely to receive regulatory approval as an animal feed.

Jamie Jonker, chief science officer at the National Milk Producers Federation, said the dairy industry will most likely want to use hemp as a feed additive if it receives federal approval and is competitive with other sources of protein. He said that the industry has struggled with rising feed and energy costs, though some of that pressure has been eased by high milk prices.

Michael Kleinhenz, an assistant professor of beef production medicine at Kansas State University, said hemp may also be used to calm down livestock, such as cows being transported. He has studied steers fed hemp, and the results showed that the animals tended to become calmer.

Kleinhenz said they don't know if they have that buzz or whatnot, but they do have lower levels of stress hormones. He said that while cannabinoids lessen stress, they still have to figure out that mechanism in animals.

Jonker said there have been recent reports of dairy products like ice cream being commercially marketed in the Pacific Northwest with CBD enhancement. But he warned that any innovation in milk marketing must be cautious.

Jonker said milk has an amazing halo to it in the average person's mind, as being pure, adding that innovation requires a cautious approach to make sure that the halo isn't harming reputation.