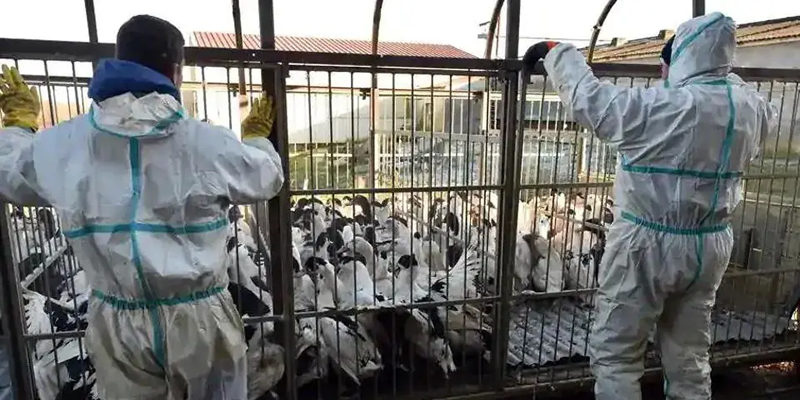 The French Ministry of Agriculture and Food has ordered poultry farms to keep their birds indoors to stop the spread of highly pathogenic bird flu in the country, The Business Times reported.

The second-largest producer of poultry in the European Union has detected a recent increase in bird flu outbreaks after this year's worst-ever wave of the disease, which resulted in the culling of about 22 million birds.

According to the ministry, 49 outbreaks of highly pathogenic avian influenza (HPAI), also known as bird flu, were discovered on French farms between August 1 and November 8, 2022. A significant and rising number of cases were discovered in domesticated poultry in backyards and among wild birds.

The ministry said it is essential to strengthen preventive measures to avoid the spread of the disease in poultry farms, especially due to the strong migratory activity of wild birds.

In order to prevent the spread of the disease, the "high" risk level, which was previously set at "moderate," suggests that all poultry should be kept indoors on farms.

This year, Europe has seen its worst bird flu outbreak, leading to the culling of close to 50 million chickens. According to the EU's Food Safety Agency (EFSA), the virus' persistence over the summer has increased the risk of widespread infections the following season.

Winter and fall are typically the seasons when bird flu outbreaks occur. It is spread through the air, or through contact with contaminated feed, clothing or equipment, or from contaminated faeces by migratory wild birds.