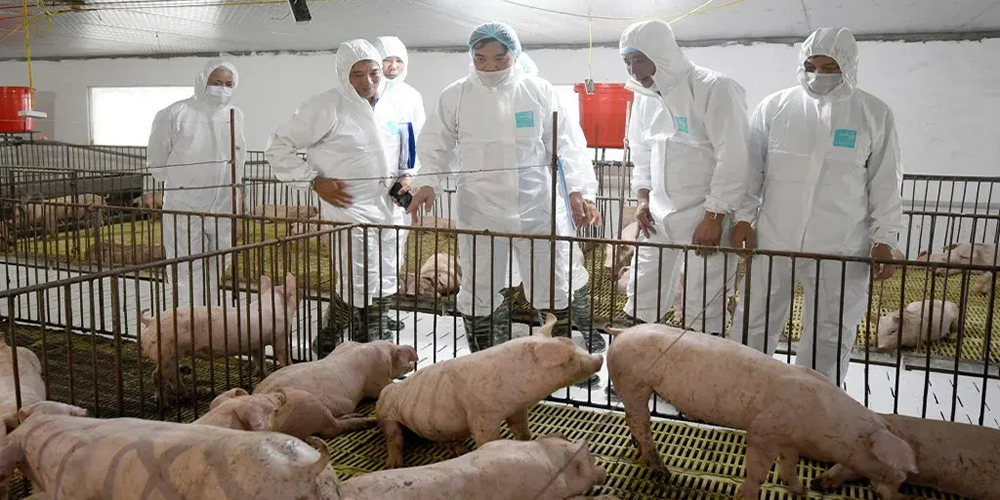 Vietnam's Minister of Agriculture and Rural Development, Le Minh Hoan, has called on provincial and municipal People's Committees to strengthen the prevention of animal diseases in the coming months.

According to the Ministry of Agriculture and Rural Development, the risk of animal diseases in the last months of 2022 and early 2023 has been very high. Since the beginning of 2022, animal diseases have been controlled, leading to favourable conditions for livestock development, ensuring food supply for domestic consumption and boosting the export of animals and animal products.

However, according to local reports, several deadly animal diseases were rising. The ministry's Department of Animal Health reported 40 outbreaks of avian influenza A/H5N1, A/H5N6 and A/H5N8 in 21 provinces and cities. More than 93,000 poultry have been culled.

More than 1,150 outbreaks of African swine fever were discovered across 51 provinces and cities, and 53,000 pigs were destroyed.

There have also been six outbreaks of foot-and-mouth disease in seven provinces, with 518 infected cattle and 135 outbreaks of animal rabies, causing 52 human deaths related to rabies.

Experts from the ministry have assessed that the above pathogens still circulate at a relatively high rate in many localities. Meanwhile, demand for transportation, slaughter and consumption of animals and animal products has increased sharply in late 2022.

The weather changes also have created good conditions for pathogens to spread.

In some localities, implementing animal disease prevention could be further improved; in fact, vaccinations against diseases there were at a low rate.

The Department of Animal Health has been assigned to set up expert teams to monitor epidemics after vaccination, apply information technology and digital transformation in the prevention and control of animal diseases and guide enterprises to organise research, production and supply of vaccines against animal diseases.