SELEGGT, a joint venture between HatchTech, German supermarket chain REWE and the University of Leipzig, has developed a market-ready method for gender identification in hatching eggs. 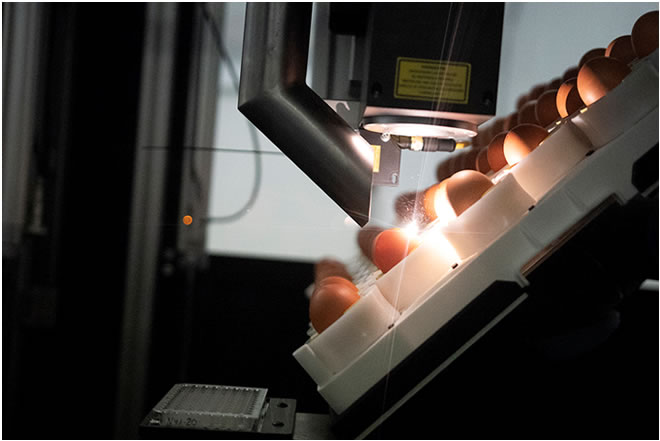 In Germany, supermarkets are already selling eggs from 'hens without brothers'. The eggs from which the laying hens are born have been checked on the genus during the incubation process. This will prevent millions of male day-old chicks from being gassed.

German Federal Minister of Food and Agriculture Julia Klöckner said in a press conference: "This is a great day for animal welfare in Germany! In this way we will set the pace in Europe. Now it is possible to identify the gender of the chicks in the hatching egg through a needle-tip tiny hole. Male hatching eggs no longer need to be incubated and killed immediately after hatching."

In Germany alone, about 45 million male chicks from laying hen breeds are killed every year. Male chicks of these breeds do not lay eggs and do not fatten enough meat. Due to the high costs, the male chicks, the so-called layer brother cocks, are often not reared.

Jan Kunath, Deputy Chief Executive Officer of REWE Group, said, "Throughout next year, our customers will be able to buy the so called free-range respeggt-eggs gradually throughout Germany."

At the same time, SELEGGT is developing a business model to make the technology available to the industry as a cost-neutral service. Germany thereby initiates the new method, which can put an end to chick culling in hatcheries. The patented process will be available to the first hatcheries from 2020. Through intensive research and technological development, HatchTech has played a key role in bringing this innovative approach to market.

Video >
Technical Paper >
A genome-wide association study for natural antibodies measured in blood of Canadian Holstein cows
Natural antibodies (NAb) are an important component of the innate immune system, and fight infections as a part of the first line defence. NAb are poly-reactive and can respond non ...
Dairy heifers naturally exposed to Fasciola hepatica develop a Type 2 immune response and concomitant suppression of leukocyte proliferation
Fasciola hepatica is a parasitic trematode of global importance in livestock. Control strategies reliant on anthelmintics are unsustainable due to the emergence of drug resistance. ...
Effect of nutritional immunomodulation and heat stress during the dry period on subsequent performance of cows
Heat stress in dairy cows during the dry period impairs milk yield in the next lactation. Feeding OmniGen-AF (OG; Phibro Animal Health Corp., Teaneck, NJ) to lactating cows during ...