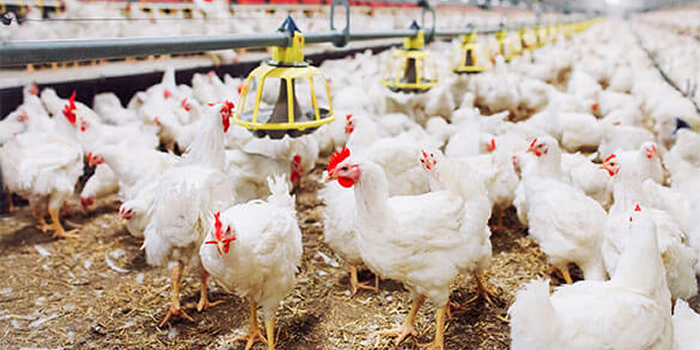 The use of single chain fatty acids (SCFAs) as additives in animal production is a common and very well accepted practice. The benefits of adding SCFAs to the diet are wide ranging, including improvements in feed hygiene and stomach acidification to greater pathogen control and many more. While their mode of action is not completely understood yet, the scientific community continues to work and update industry knowledge. The most recent discovery is the importance of valeric acid in the gut. When valeric acid is combined with butyric acid, the synergistic effect of the combination of organic acids delivers more than the sum of its parts, supporting gut health and unlocking superior levels of flock performance.

Gut health has a direct impact on animal performance. Although there is no clear definition for gut health, in most of the cases experts refer to different functions including:

·  absence of diseases and infections

SCFAs and branched fatty acids are usually present in the gastrointestinal tract as they are produced there by the microbiota from the fermentation of non-digestible carbohydrates, amino acids, and proteins. Among these acids, butyric acid has been identified as a crucial player for gut health. SCFAs can support gut health in many different ways including:

2.  Promoting mucus production and hence supporting the stability of the barrier between epithelial cells and the outside

6.  Affecting the enteric nervous system with an apparent impact on the motility of the epithelial cells

Butyric acid is probably one of the most studied single chain fatty acids in humans and in animals specifically focusing on gut health. A library of scientific reports is available on butyric acid in different forms (esterified, coated or in the form of salts) that support its use to improve animal performance and have a positive effect on gut health. Results include:

·  A positive impact on the immune function of the animals

·  A reduction of pathogen counts

The use of butyric acid in poultry production is well-established and its effects on performance are well-known, but could its effects be improved even more?

Even though valeric, isovaleric and 2-methylbutyric acid are also produced in the gastrointestinal tract by the microbiota, they have not been nearly as well researched as some of their SCFA and branched fatty acid peers. Among these acids, valeric acid has been gaining attention, especially for human medicine. Research into the role of valeric acid in gut health and health in general is ongoing, but thanks to in vitro studies, studies in mice, and epidemiological observations we know for example that valeric acid can prevent inflammation as well as maintain gut integrity. Low levels of valeric acid in humans have been linked with different diseases such as neurodermitis in children. Additionally, valeric acid has been particularly investigated because of its property as a histone deacetylases inhibitor (HDI). HDIs are used in psychiatry and neurology but are gaining more and more interest for the treatment of cancers, parasite infections and inflammatory diseases.

Valeric acid (in its esterified form) has been shown to exert positive results in poultry production. The intestinal structure of broilers improves, increasing GLP-2 production which is considered to play an important role in promoting intestinal growth and enhancing intestinal function, resulting in better performance. Another study reported the beneficial effect of valeric acid on reducing the impact (lesion scoring and mortality) of a Clostridium perfringens challenge, maintaining a good performance level when compared to esterified butyric acid.

The use of Gastrivix™Avi shows consistent improvements in performance in terms of body weight and FCR (displayed in Figure 1) over all the scientific and semi-scientific trials run so far with the product. The average improvement over the eight trials is4 points in FCR resulting in a good return on investment for the product and hence an economic benefit. As all producers are currently faced with increasing production prices, Gastrivix™ Avi can be a tool to rely on to support gut integrity and performance.