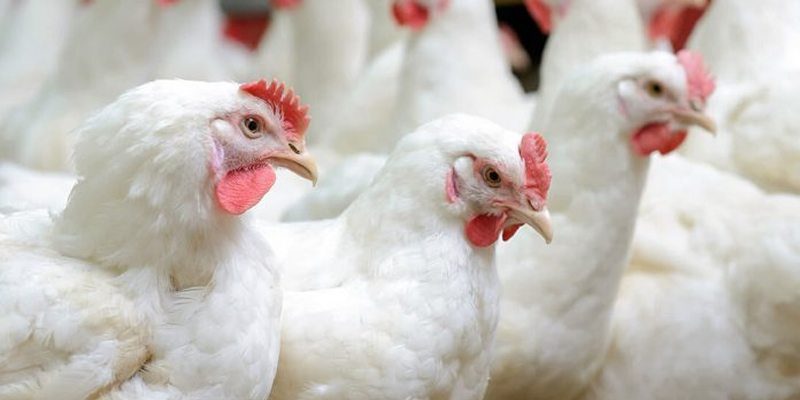 The gastrointestinal tract (GI tract) is the system with the fastest development in broilers. All the nutrients that support the other systems in the animal are absorbed in the gut. The GI tract is also an important barrier against pathogens, thus fulfilling the relevant functions of nourishing and protecting the organism of the animal. The GI tract has been studied for a long time for its physiological functions associated to digestion and nutrition. However, in the last few years it has received special attention due to its relevance as a defense mechanism, responsible for its role in supporting the maturation of the immune system. It is also worth highlighting that the GI tract is inhabited by a significant number of microorganisms, called microbiota, closely related to the host. This article aims to briefly review the issues concerning the development of the GI tract's intestinal microorganisms, called microbiota, and its relationship to the immune system of the host.
Ways in which the relationship between the microbiota and the immunity of the host in the GI tract may affect poultry performance

Microbiome is the term used to describe all microorganisms and their genome (viruses, bacteria, mycoplasmas, etc.) that inhabit the gut, the skin or the mucosae of an animal or human being. The word microbiota refers to the group of bacteria that inhabit these sites, and they are the most widely studied groups. The functions of these microorganisms are: protective (they compete against each other); structural (cell renewal, mucus production and intercellular junction); metabolic (producing organic acids and vitamin synthesis); and immunological (building and inducing immunological tolerance) for the host. Studies comparing the immune system of conventional and gnotobiotic animals have shown that a lack of microorganisms, or a small number of them, hinder the maturation and the efficacy of the immune system in the presence of pathogens. Thus, having a diverse and balanced microbiota is key for an animal's health. This microbiota must be recognized by the animal's innate and acquired immune systems, thus having an effect on its maturation.

The innate immune system represents the first line of defense, and its receptors (toll like receptors; proteins, peptidoglycan ligands, NOD, etc.) are able to recognize the standard structures in the microorganisms that are not present in the animal cell and generate a defense response. For example, the lipopolysaccharides and peptidoglycans (PG) found in the structure of a cell wall., When the receptors recognize these structures, several components are released,including antimicrobial peptides, phospholipases, reactive nitrogen and oxygen species. These tend to destabilize the microorganism, causing its death and facilitating the action of phagocytosis by releasing the complement system. There is also the release of cytokines that trigger a specific immune response against the agent.

Additionally, the cell wall is made up of PG or murein, which is an oligomer of sugar and peptides. In the case of Gram+ bacteria, the PGs make up 90% of the cell wall, and in Gram- bacteria, they make up only 10% of the cell wall. When the PGs come in contact with the receptors in the animal cell, for example NOD, PGLYRP, RegIII3A, mannose binding lectin (MBL) and lysozyme, the process of response induction from the host is initiated. There is the translocation of NF-kB to the nucleus of the cell, activating several genes of the innate immune response linked to inflammation. The cell wall of bacteria is very dynamic, and it changes constantly throughout its life. The PGs are small, very active parts in the immune system for the inflammation process. Some receptors, for example PG-recognize proteins, C-type lectin receptors and lysozyme are able to depolarize bacteria and prevent the colonization of the mucosa by microorganisms.

Thus, the fragments generated during the life cycle of the microorganisms, or during the changes of the microbiota in the GI tract, may induce chronic inflammation that can affect the functionality of this organ (Image 1).

The farming system used in industrial poultry production allows for the management of several factors, for example the facilities and nutritional factors that alter the diversity of the microbiota throughout the animal's life cycle. These changes are responsible for triggering alterations in the microbiota and generating dysbiosis, which affects the bacterial exchange with the possible release of more PG components. This disbalance triggers an adaptation of the immune system with a metabolic expense, resulting in lower zootechnical performance. Thus, being able to recognize the times and the factors leading to dysbiosis is very important to control it and implement a loss prevention program. Most of the information and quality data supplied by the feed mill, together with the data on animal management and well-being on the farm, will help to understand and recognize these processes and avoid future losses.

●  The structures of the bacterial cell wall, as the PGs, are recognized by the innate immune system of the animals and have an impact on their immunity and productivity.

●  Several factors on the field may lead to an unbalance of the microbiota and will alter its relationship with the host.

●  Intestinal integrity is directly related to the performance and the profitability of poultry.

●  Several factors affect this balance and may induce dysbiosis. Thus, systematically monitoring the GI tract (necropsy and other tests: histology, cytokines and other markers) may pave the way to finding the ideal marker of intestinal health.

●  Correct sampling and correlating the information supplied by the feed mill, the farm and the processing plant is the only way to manage the figures and be successful in reaching intestinal stability, profitability for the farmer and sustainability for the planet.