ChemChina and SinoChem Group Co., Ltd. ("Sinochem") held a joint signing ceremony at the second CIIE in Shanghai on November 6.

Ning Gaoning, chairman of ChemChina and Sinochem, said at the signing ceremony that the CIIE is an important platform for China to safeguard the multilateral trade system and support economic globalisation. ChemChina and Sinochem are both state-owned corporations with global presence. At the first CIIE held last year, the two corporations signed a number of cooperation agreements with their partners for advancing industrial upgrading and growth by importing high-quality products.

At the signing ceremony this year, the two corporations signed cooperation agreements with 30 partners on site. On the sales side, overseas companies under ChemChina participated in the event, including Syngenta from Switzerland, ADAMA of Israel and Adisseo of France. Incidentally, Adisseo also took the opportunity to commemorate its 80th anniversary at the event.

Adisseo signed cooperation agreements with China's heavyweights in the feed and livestock sector, including New Hope Group, Zhengbang Group and Fujian Sunner to expand cooperation started at the first CIIE.

In addition, Adisseo signed a strategic cooperation agreement with leading dairy conglomerate Mengniu Group. The product involved in the agreement is Mester®, an effective methionine product for ruminants and essential nutrient for the high yield, health and reproduction of dairy cows, and can reduce nitrogen emissions. Adisseo believes that China has broad market prospects for cow breeding and dairy consumption. Being a subsidiary of ChemChina enables Adisseo to go deep into the Chinese market and bring top-notch talents, cutting-edge technologies, products, industrial standards and services into China, as CEO of Adisseo Jean-Marc Dublanc said. From its production base in China, Adisseo currently exports more than half of the products. 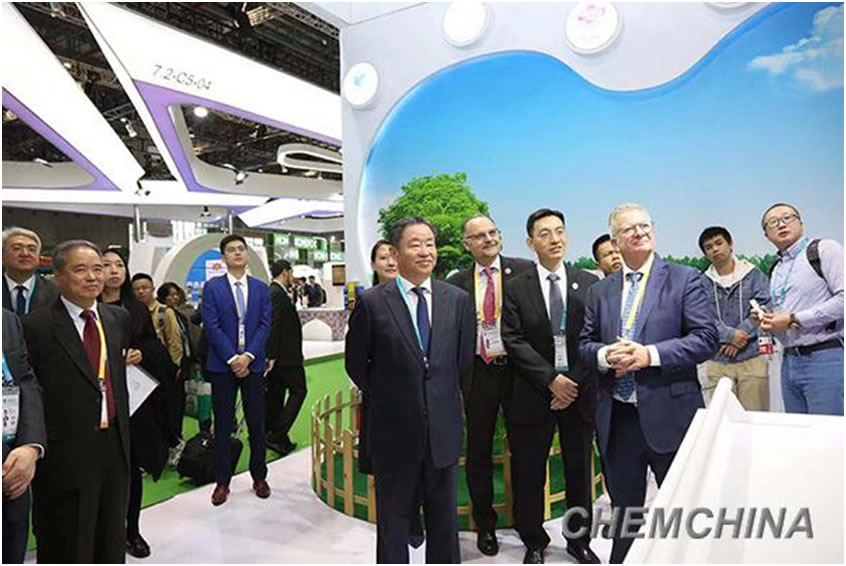 Ning Gaoning (front, centre), chairman of ChemChina and Sinochem, watching a commemorative video of Adisseo's 80th anniversary together with CEO of Adisseo Jean-Marc Dublanc (front, third from right) and other event participants
As for Cargill, the value of cooperation agreements signed at this year's CIIE reached a new record of US$3.1 billion, including beef, poultry, grains, rapeseed oil and iron ore.

At the event, Cargill also announced that it is setting up its Asia-Pacific headquarters for its agriculture supply chain in Shanghai, which together with its Singapore office, would promote the development of its Asia-Pacific operations.

According to Robert Aspell, president of Cargill Asia Pacific, in terms of Cargill's agriculture supply chain business, China has great potential for growth and investment opportunities. Therefore Cargill decided to set up a regional headquarters in China, which would help the company better service its customers in China and Asia Pacific. 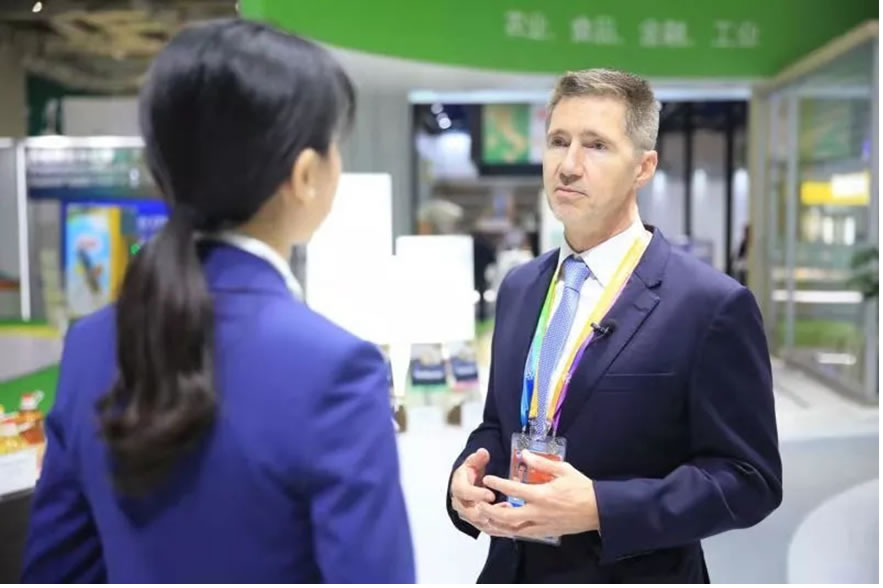