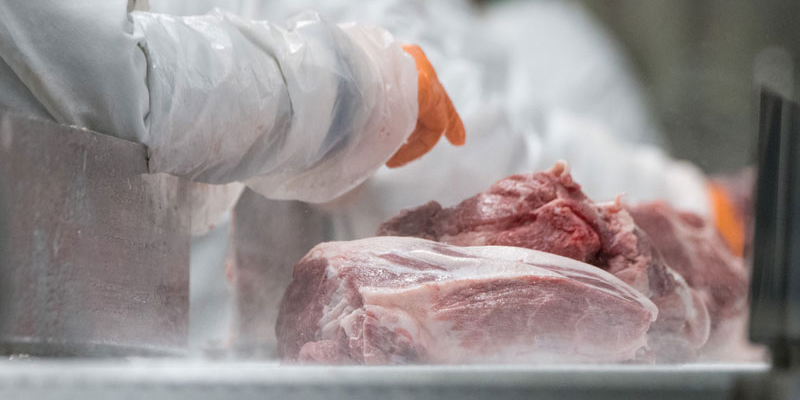 The US Department of Agriculture (USDA) has allocated grants and loans over US$223 million to help expand small and mid-sized meat processing plants as part of a bigger US$1 billion effort to increase competition in the meat sector, Yahoo! News reported.

More than 500,000 additional cattle and swine will be able to be slaughtered annually as a result of the effort. Additionally, it will enable poultry plants to slaughter close to 34 million more birds, creating more than 1,100 jobs, most of which will be in the rural areas where the plants are situated.

To give farmers and ranchers more options for where to sell the animals they raise, the Biden administration wants to increase the capacity of the meat processing industry. US Agriculture Secretary Tom Vilsack said given that the largest companies now have such significant influence over pricing in the highly, highly concentrated and consolidated" industry, this will hopefully result in lower prices for consumers by boosting competition.

Before visiting a beef-processing facility in Omaha, Nebraska, on Wednesday, Vilsack said they are looking forward to these projects taking hold and creating new opportunity and new choice for producers and consumers.

Vilsack stated that the Greater Omaha Packing Company will use its grant to create 275 new jobs and roughly 30% more beef processing capacity to handle 700 head of cattle per day. The Omaha business is one of the largest of the 21 grant recipients who will split the US$73 million nationwide. A US$20 million grant will be given to Greater Omaha to assist in funding its planned US$100 million plant expansion.

The project will be welcomed because it will increase competition in the area, according to Iowan farmer Dan Pedersen, who sells the feed he produces on his farm near Underwood to Greater Omaha and provides for about 12,000 head of cattle annually.

Other grants will assist Pure Prairie in reopening a shuttered poultry processing facility in Charles City, Iowa, which will create hundreds of new jobs. And the Cutting Edge Meat Company in Leakesville, Mississippi, anticipates that by increasing its capacity, it will be able to reduce the six-month backlog it currently has for processing beef and pork.

The remaining US$150 million in funding, will go to 12 loan programmes that will support independent meat processors' operations while they pursue growth. For another round of spending next year, additional grant and loan applications are currently being accepted.

The major meat producers contend that market forces such as supply and demand, rather than industry concentration, determine the price of beef, pork, and poultry products. They also claim that the ongoing labour shortage at these plants, which are typically located in remote areas with small populations, has a negative impact on processing capacity.

The pandemic brought attention to the labour shortages when several large meat processing plants had to close as the virus ravaged them because so many employees fell ill or had to be quarantined. As a result, there was a shortage of meat in supermarkets, which raised prices.

Since farmers and ranchers only receive a small portion of the profits, the price paid for the animals that are slaughtered has long been a source of debate. This is because meat prices are rising due to inflation and a shortage of supply in the market. According to federal data, from US$0.35 in the 1970s to US$0.14 recently, ranchers and farmers received a smaller percentage of every dollar spent on food.

Smaller processing facilities may find it difficult to compete with the big meat producers, according to agricultural economists, as they are much less efficient than the large facilities run by businesses like Tyson, Smithfield Foods, Cargill, JBS, and Purdue Farms.

The White House has also changed administrative rules to make it simpler for farmers and ranchers to report concerns or file lawsuits for anticompetitive behaviour in addition to these loans and grants. Additionally, authorities are preparing new regulations to distinguish American-raised meat to meat from other nations.