Screening of mycotoxins in the finished feed and protecting animals

Screening of mycotoxins in the finished feed and protecting animals

Every raw ingredient has its own mycotoxins, and this is why screen finished feeds are the key to avoiding unpleasant surprises and a high contamination level in feeds

One of the possible mycotoxin risk management strategies is that of testing for the presence of mycotoxins in finished feeds. Indeed, if some feed ingredients are only tested by means of rapid test kits, it is possible to miss some important raw ingredients with inclusion rates below 5-10%, which, however, can still cause a significant contamination of the finished feeds. Some examples are the secondary products of grains, such as DDGS or bran, which are much more contaminated than the original grain. Mycotoxins are condensed in the envelop of the grain, that is, the hull, and wheat middlings and wheat bran are therefore much more concentrated in mycotoxins than the whole grain and/or the flour.

The figure below is taken from a study made on the occasion of the 3rd Meeting of applied research "Quasaprove", France, presented by Arvalis, and it shows the mycotoxin concentration coefficient of wheat by-products, compared with wheat grain. 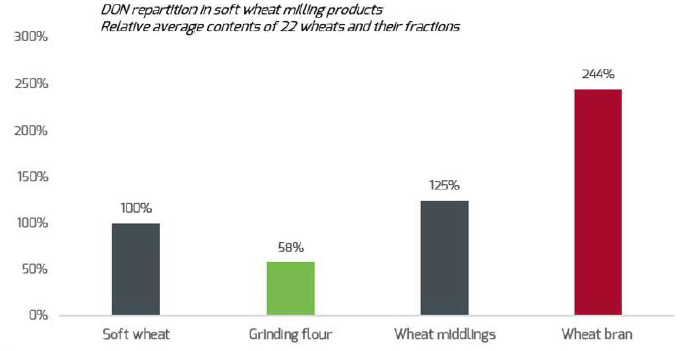 Figure 1:  Coefficients of the passage from wheat to milled products

Analytical methods,  including thin-layer-chromatography (TLC), the enzyme-linked immunosorbent assay (ELISA) and immunosensor-based methods, are generally used to identify a variety of mycotoxins and have been widely used for rapid screening, while high-performance liquid chromatography (HPLC) with fluorescence detection (FD) and mass spectrometry detection (MS) have been used for confirmatory and reference purposes.

The Adisseo Mycotoxin Management Program supports its customers with wet chemistry analysis of the feeds, in collaboration with various independent accredited laboratories around the world, through a service called  MycoMan Test (Lab). 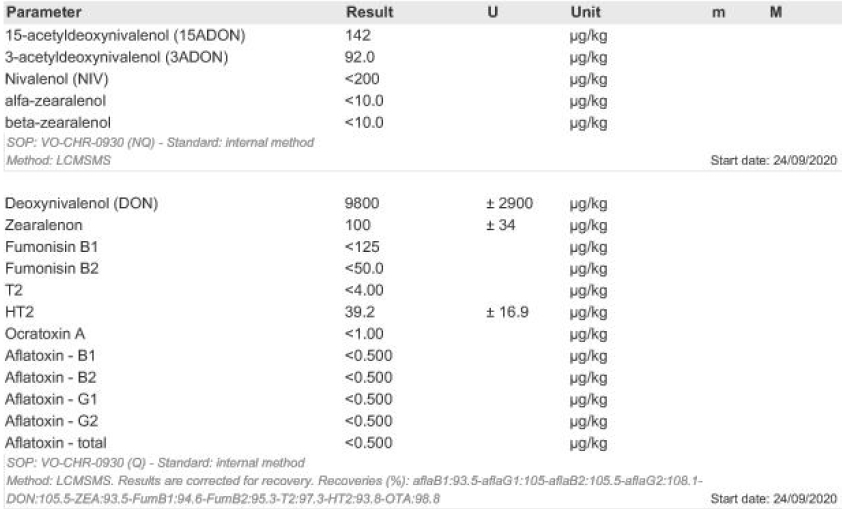 Figure 2:  Example of an analysis received from an accredited lab (wheat, 2020)

This type of analysis is more complex, but necessary, as it is able to detect masked and emerging mycotoxins that cannot be detected by means of the rapid test kit and which become bioavailable in the gastro-intestinal tract of animals. Plants are able to convert trichothecenes and zearalenone into various derivatives via conjugation with sugars, amino acids or sulfate groups. For example,  zearalenone-4-glucoside and deoxynivalenol-3-glucoside are common conjugated forms of mycotoxins found in wheat contaminated by F. graminearum. These so-called masked or conjugated  mycotoxin derivatives have different chemical structures and behavior, so they can easily avoid being detected in routine lab analyses. However, these forms could be hydrolyzed to their precursors in the digestive tracts of animals and thus negatively affect the health and performance of such animals.

What should you do with the lab analysis results? What is the next step?

Although it is important to know what the real mycotoxin challenge is, it is not enough to tell the feed producers what they should do. It is in fact important  to conduct a mycotoxin risk assessment in order to set up a complete and comprehensive mycotoxin management program. Mycotoxin risk assessment is the scientific evaluation of the probability of the occurrence of known or potential adverse health effects resulting from the exposure of animals to mycotoxins. It offers information about the mycotoxin challenge, which may be: low, medium or high, depending on the sensitivity of the species and age of the animal. When the mycotoxin challenge is known, the effective dosage of a mycotoxin deactivator can be calculated.

This is the purpose of the MycoMan® Mobile App. It can be used to simply assess the mycotoxin challenge for a specific animal group and to calculate the required mycotoxin deactivator dose for an effective mycotoxin control. This user-friendly and fast mycotoxin management tool can be used to complement the information obtained from the mycotoxin analysis and will help feed and animal producers to manage mycotoxins for a better health and performance of animals. This management tool offers a complete mycotoxin hazard assessment. Our risk table, which has been built year after year, thanks to our research and literature data, is at the basis of this simple interface. It is updated each year with the most recent advances in mycotoxin research. The MycoMan® Mobile App is available in any Apple store and in Play stores. Do not hesitate to contact your local Adisseo contact to find out more.

What should we do if we have implemented all 3 of the 4 steps of the Mycotoxin Management Program - Forecast Crop Contamination, Secure Storage and Screen finished feed - and still find a multiple mycotoxin contamination in the feed? What if we do not have any choice in the matter, as animals need to be fed?  We can try to avoid feeding such a feed to more sensitive species and age groups, although even low levels of mycotoxins can have negative effects on animals.

Swine are the most sensitive animals to mycotoxins

Pigs are generally the most sensitive farm animals to mycotoxins. Aflatoxins suppress the immune system, and the first sign of aflatoxin contamination in a diet is a decreased feed intake. Clinical signs, which depend on the contamination level, can range from reduced growth and hepatosis to death. Deoxynivalenol and T-2 toxin are among the most relevant trichothecenes for the pig industry, and both inhibit feed intake. Deoxynivalenol also decreases the growth rate of pigs and causes vomiting, whenever it is fed at high levels. Ochratoxins are hepatotoxic and nephrotoxic and cause other particular chronic toxicities. The effects of ochratoxin intoxication are reduced growth, a decreased weight gain and renal lesions. Zearalenone mainly causes estrogenic effects in pigs, and it increases the occurrence of abortions and stillbirths in pregnant sows. Feeds contaminated with zearalenone induce swelling and reddening of the vulva, false heats and false pregnancies in other animals. Fumonisins target the liver, lungs and pancreas and cause pulmonary oedema in pigs.

Ruminants are affected the most by aflatoxins, trichothecenes and zearalenone

Aflatoxins, trichothecenes and zearalenone are equally as important for young ruminants as they are for monogastric animals. However, mature ruminants are generally more resistant to the effects of some mycotoxins than monogastric animals. This is due to the mycotoxin detoxification ability of some rumen microbes. Among the most common mycotoxins, aflatoxins, trichothecenes and zearalenone are of particular importance for cows. The clinical signs of the ingestion of aflatoxin contaminated feeds include reduced feed consumption and milk production, diarrhoea, acute mastitis, weight loss, respiratory disorders, hair loss, liver damage and immune suppression. The aflatoxin metabolite AFM1 is carried over into the milk at around 1 to 6% of the amount of the aflatoxin consumed. Numerous studies have shown that ruminants are affected less by deoxynivalenol (DON) because it is metabolised into its less toxic de-epoxyde in the rumen. Nevertheless, DON is associated with a reduced feed intake and lower milk production in dairy cattle, mainly due to its effects on rumen microflora when exposed long-term. T-2 toxin results in a loss of appetite and weight, a slower growth, gastroenteritis, a lowered milk production, and a reduced immune response in calves. In addition, T-2 toxin has been implicated in the haemorrhagic bowel syndrome as it impairs the immune function. Among other things, zearalenone causes abnormal reproductive processes in cattle, sheep and other ruminants, which can result in false heats, anoestrus, premature mammary development and abortions.

Poultry show disparities, according to the species, but high sensitivity to mycotoxins

Poultry are sensitive to many mycotoxins, which can result in several toxic effects. Broiler chickens are affected less by aflatoxins than other kinds of poultry, such as ducks, geese and turkeys. Aflatoxins are by far the most immunosuppressive toxins. Type A trichothecenes (T- toxin, HT-2 toxin, diacetoxyscripenol) are of major concern for poultry industries, and cause economic losses in productivity. They are highly toxic for poultry, but especially for chickens, due to their very low LD50. T-2 toxin reduces feed intake, the body weight, the quality of breeding eggs and can cause oral lesions. Young chicks and turkey poults are highly sensitive to ochratoxins. These nephrotoxins can suppress feed intake, growth and egg production, and can result in a poor egg shell quality. Fumonisins are associated with spiking mortality in poultry. The signs of dietary fumonisin are immune suppression, decreased body weight and average daily weight gain, as well as an increased gizzard weight, although the dietary levels must be really high to cause such symptoms. In comparison to other species, such as pigs, poultry appear to be affected less by zearalenone, although combinations of mycotoxins might cause significant losses in fertility and hatchability.

The addition of mycotoxin sequestrants to mycotoxin contaminated diets has been considered the most promising dietary approach to reduce the negative effect of mycotoxins. The theory behind this is that the binder or the deactivator neutralizes the mycotoxins by adsorbing them to a great extent or inactivating them in the feeds during the passage of the feeds through the gastrointestinal tract, thereby preventing toxic interactions and the absorption of mycotoxins along the digestive tract. This is a very effective way of combating certain mycotoixns, and aflatoxin B1 in particular. This approach is therefore seen as a preventive approach rather than a therapy. Trichothecenes are less adsorbable toxins, and as such, products with a different mode of action need to be used to deactivate them.

A variety of microbial species, including bacteria, yeast and fungi have been recognized for their ability to biotransform mycotoxins into less toxic metabolites (for example, some Bacillus and Clostridia spp or some yeasts ) or bind certain mycotoxins, such as Lactobacilli. Therefore, any naturally present gastro-intestinal microflora and  biologically active substances in the body can inactivate mycotoxins. Additionally, the host cells (some intestinal cells, hepatocytes, macrophages) can also transform or inactivate some mycotoxins to non-toxic metabolites, and this is another powerful natural defense mechanism that protects animals from toxins. Our task, at this stage of mycotoxin risk management, is to help the animal body to activate or enhance its natural ability to neutralize any ingested mycotoxins.

Some mycotoxins are absorbed very quickly through the gastrointestinal wall, and they therefore escape binding to the indigestible adsorbent or to a bio-inactivating agent. Any absorbed mycotoxins will damage their target organs. Most mycotoxins cause organ damage: aflatoxin B1 – damages the liver, ochratoxin A the kidneys, trichothecenes the epithelium of the gastro-intestinal tract, fumonisins the lungs, while zearalenone damages the reproductive tract. An animal needs support in metabolizing and detoxifying the mycotoxin outside the gut, and it is therefore necessary to cope with the secondary effects of 'digested' mycotoxins through other means. 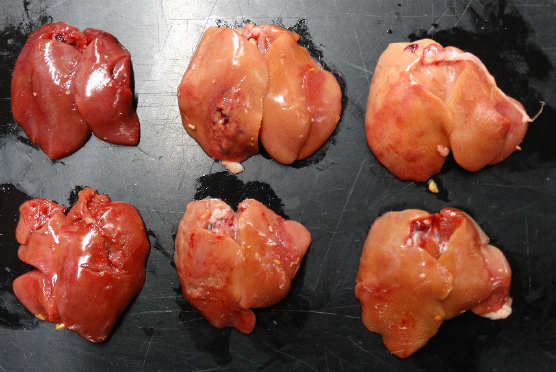 One of the key mechanisms of action of several mycotoxins is that of inducing oxidative stress, which in turn impairs the antioxidant and immune systems. This mechanism is usually underestimated, but even low levels of mycotoxins, with no visible effects on the performance of animals, can decrease the immune competence. Vaccination failures (significantly decreased antibodies titers) and veterinary treatment failures (coccidiosis, necrotic enteritis etc) are therefore witnessed. In order to help animals to combat this negative effect, we should consider using ingredients with proven effects against oxidative stress caused by mycotoxins. 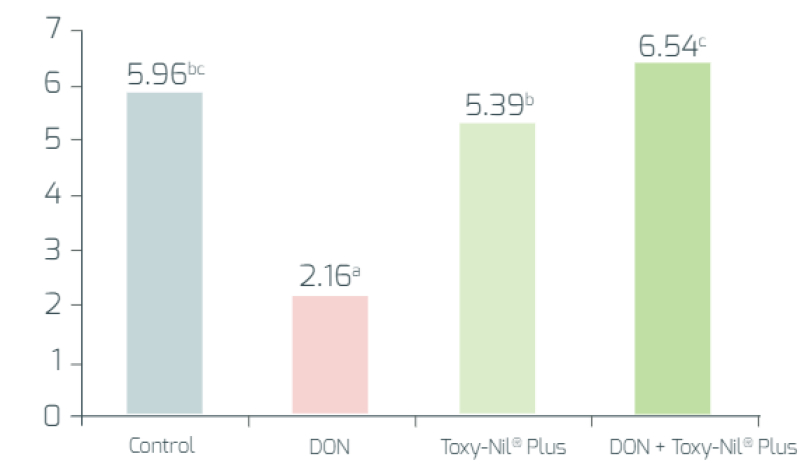 We at Adisseo believe that only a holistic approach ensures the maximum effect against mycotoxins when the aim is to protect animals.

Article made possible through the contribution of Julia Dvorska and Adisseo