Mycotoxins are secondary metabolites of fungi that grow on a variety of substrates. Due to their high consumption of cereals and their sensitivity, pigs are highly impacted by the presence of mycotoxins. At the European level, regulations and recommendations exist for several mycotoxins in pig feed. Among these toxins, fumonisin B 1 (FB 1 ), and deoxynivalenol (DON) have a great impact on the intestine and the immune system. Indeed, the intestine is the first barrier to food contaminants and can be exposed to high concentrations of mycotoxins upon ingestion of contaminated feed. FB 1 and DON alter the intestinal barrier, impair the immune response, reduce feed intake and weight gain. Their presence in feed increases the translocation of bacteria; mycotoxins can also impair the immune response and enhance the susceptibility to infectious diseases. In conclusion, because of their effect on the intestine, FB 1 and DON are a major threat to pig health, welfare and performance.
Background 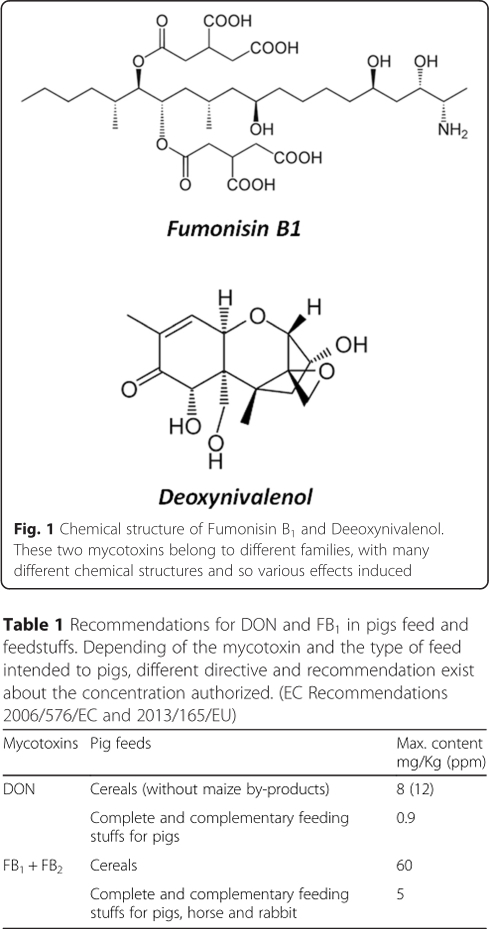 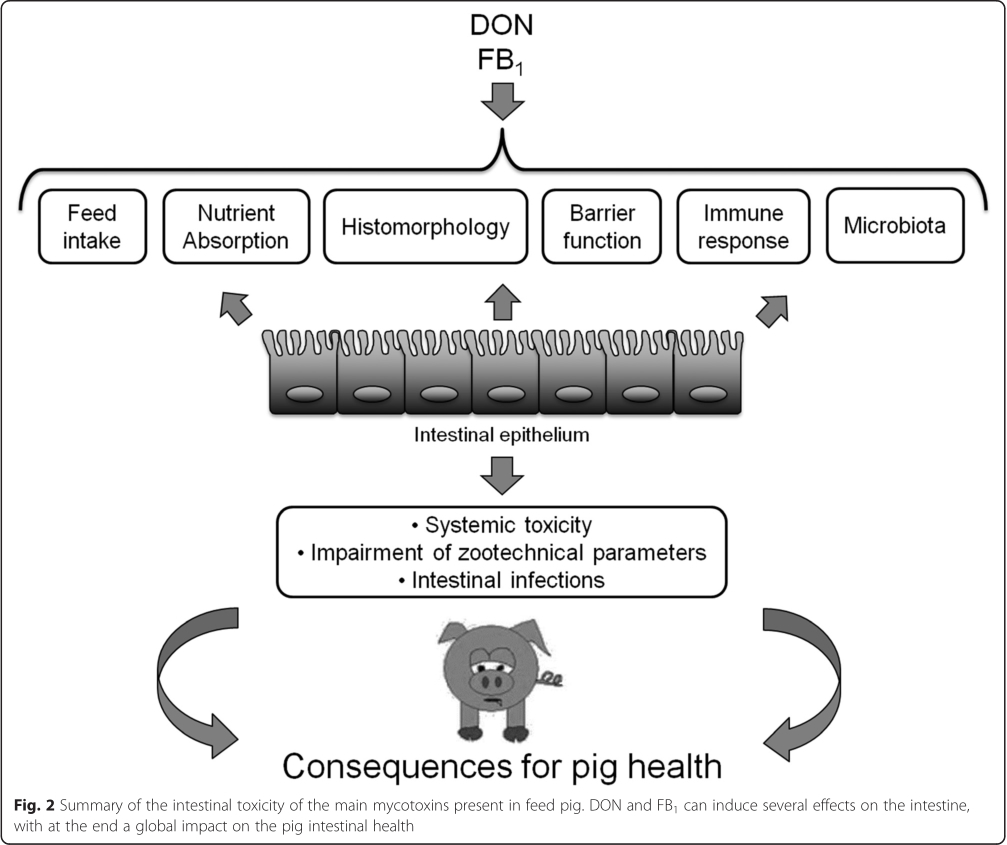 Global surveys indicate that animals are generally exposed to more than one mycotoxin [81]. Indeed fungi are able to produce several mycotoxins simultaneously; and it is common practice to use multiple grains in animal diets. Unfortunately, the toxicity of mycotoxin mixtures cannot be predicted based on their individual toxicities. Interactions between concomitantly occurring mycotoxins can be antagonistic, additive, or synergistic [82]. The data on combined toxicity of mycotoxins are limited and therefore, the health risk from exposure to a combination of mycotoxins is incompletely understood [83, 84] and deserves further investigation.

Article made possible through the contribution of I. Oswald et al.