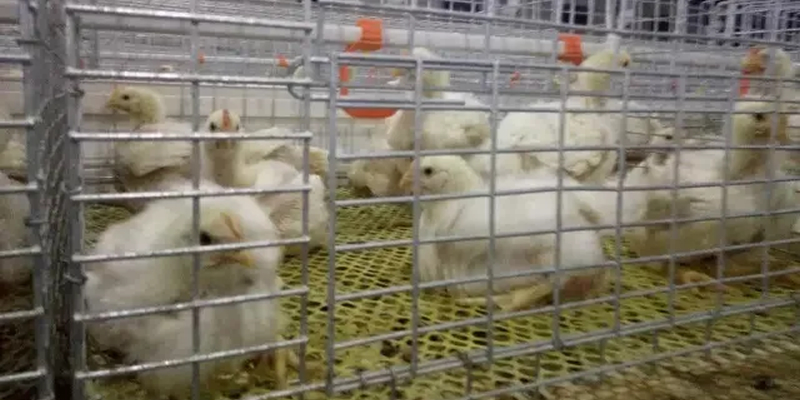 Scientists have used machine learning in a study to find new ways to identify and pinpoint disease in poultry farms, which will help to reduce the need for antibiotic treatment, thus lowering the risk of antibiotic resistance transferring to human populations.

The study, which was published in The ISME Journal, was led by Dr. Tania Dottorini from the School of Veterinary Medicine and Science and Future Food Beacon at the University of Nottingham.

In the project, researchers at the university collected samples from animals, humans and environment on a Chinese farm and its connected slaughterhouse. This complex, big data has now been analysed for new diagnostic biomarkers that will predict and detect bacterial infection, insurgence of antimicrobial resistance (AMR) and transfer to humans. This data will then allow early intervention and treatment, reducing spread and the need for antibiotics.

Dr. Dottorini said: "These similarities would have been missed if we only used large-scale conventional comparative analysis, which, in fact, showed that microbiome and resistomes differ across environments and hosts. Overall, this finding suggests the relevance of adopting a multi-scale analysis when dissecting similarities and differences of resistomes and microbiomes in complex interconnected environments."

Secondly, the study showed that by developing a machine learning-powered approach integrating metagenomics data with culture-based methods, the team found the existence of a core chicken gut resistome that is correlated with the AMR circulating in the farms. These results supported the hypothesis that correlations exist between resistance phenotypes of individual commensal and pathogenic bacteria and the types of ARGs in the resistome in which they exist.

Lastly, using sensing technology and machine learning, the team uncovered that the AMR-related core resistomes are themselves associated with various external factors such as temperature and humidity.

Dr. Dottorini said: "The food production industry represents a major consumer of antibiotics, but the AMR risks within these environments are still not fully understood. It is therefore critical to set out studies and improved methods optimised to these environments where animals and humans may be in close contact. Precision farming, cost-effective DNA sequencing and the increased adoption of machine learning technologies offer the opportunity to develop methods giving a better understanding and quantification of AMR risks in farming environments."