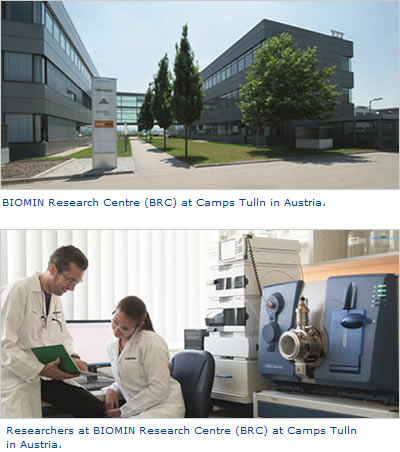 The assessment reveals that by optimising feed use and improving animal performance, emissions from livestock operation can be reduced. Studies show that 1 tonne of CO2 invested in a BIOMIN product reduced CO2 equivalent emissions in broiler production by up to 128 tonnes.
Moreover, with market forces confirming that BIOMIN is heading in the right direction, the company will continue to strengthen its current product portfolio.
Currently,  mycotoxin solutions is the biggest product group in the product portfolio of BIOMIN and is expected to reap the largest growth in revenue, given the high incidence of mycotoxins in Asia, coupled with the recent launch of FUMzyme®, a unique enzyme against fumonisins. Apart from that, the phytogenics and probiotics product groups will see the strongest percentage growth.
Moving forward, R&D efforts will continue to be based on BIOMIN's core competency in fermentation to produce enzymes and yeast products. It will also create innovative new products based on old product groups such as acidifiers, just as it did with the launch of natural growth promoter, Biotronic® Top3 last year.
Vanbrabant says, "It is a good thing that customers are still willing to look at innovation. It is very encouraging for us."
He adds, "We will keep on investing in R&D in Austria and other parts of the world to stay ahead".
All rights reserved. No part of the report may be reproduced without permission from eFeedLink.
Video >
Technical Paper >
Working smarter: How multi-tier aviaries can help solve labor issues
As the cage-free egg trend continues to grow in North American markets, the amount of skilled and consistent labor required to maintain operations has not followed. One of the top ...
Eggshell quality: 3 solutions for older laying birds
Older laying birds are still a valuable asset, as long as they are managed for performance and productivity. Eggshell quality is one of the elements that, without proper management ...
Advantages of multi-tier aviaries in cage-free egg production
Cage-free facilities remain a dominant trend in North American egg production, driven by the growing demands of consumers, supermarkets, restaurants and others in the food supply c ...