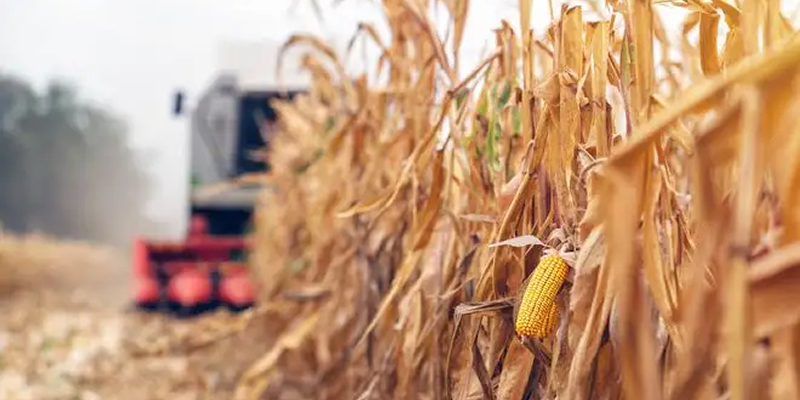 Ukraine's Agriculture Ministry said farms in the country have begun the 2022 corn harvest, threshing 92,200 tonnes from 0.5% of the sown area, Reuters reported.

The yield of corn was 4.41 tonnes per hectare, according to a statement from the ministry.

The ministry said Ukraine could harvest 25 to 27 million tonnes of corn this year, down from 42.1 million tonnes in 2021, with the Russian invasion being the primary cause of the decline.

Due to the invasion, Ukraine, a significant producer and exporter of grains, is likely to see a sharp decline in production this year, dropping to about 50 million tonnes from a record 86 million tonnes in 2021.

The ministry said as of September 23, farmers had harvested 26.1 million tonnes of grain from 61% of the area that had been sown in 2022, with an average grain yield of 3.84 tonnes per hectare.

It stated that the nation had finished harvesting its 2022 wheat crop, with output coming in at 19.2 million bunker weight and the yield coming in at 4.1 tonnes per hectare.